10 years to the day of a life-changing accident, Zoe Robertson is fundraising for the Air Ambulance charity that saved her life.

Working at the region’s major trauma unit, Zoe would often hear the Air Ambulance come in to land. On 11 February 2012, as she was driving along the M3, Zoe’s rear tyre blew causing her to lose control of the vehicle and roll several times into a ditch. 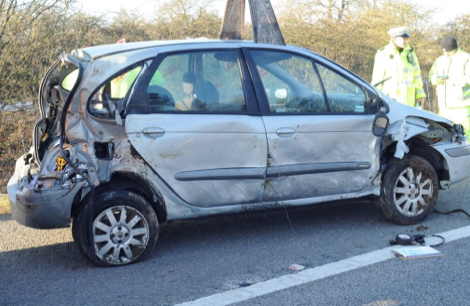 Zoe’s car once it had been recovered from the ditch

“I was completely alone,” says Zoe, “and have no recollection of the accident.” When paramedics arrived on scene, they quickly realised Zoe needed to be treated by the air ambulance team. She was stabilised and flown to University Hospital Southampton where she spent the next 24 hours in the Neurological Intensive Care Unit and a further six weeks recovering in hospital.

“I had a traumatic brain injury which led to a bleed on the centre of my brain, a badly fractured pelvis and several broken ribs,” recalls Zoe. 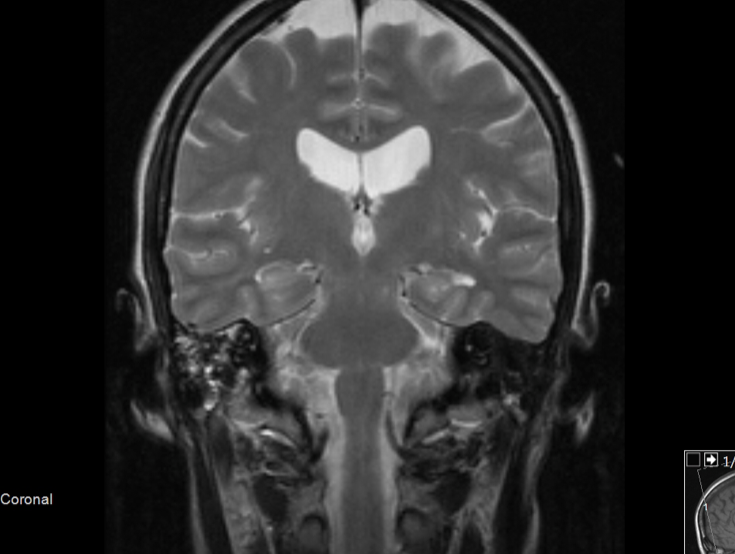 Zoe’s x-ray showing a bleed on the brain

Zoe initially suffered from post-traumatic amnesia. “I didn’t know what year it was, what country I was in or who the Prime Minister was”, says Zoe. “While it has obviously improved over time, my nickname is ‘Dory’ – from Finding Nemo – as I get distracted easily and can be forgetful.”

She adds: “I suffer from headaches and occasional migraines. I also have a slight weakness down the right side of my body – this was the side that was impacted most in the accident – which I take daily medication for. It’s left me with double vision or diplopia, which is corrected by a prism in my glasses.”

“After my stay in hospital, I got to come home to my wonderful daughters. And I have Hampshire and Isle of Wight Air Ambulance to thank for that.”

In a bid to raise money for the service that saved her life, Zoe and her fiancée Kath will be setting off on a 27-mile walk from Zoe’s house in Winchester to University Hospital Southampton, the hospital she was airlifted to, exactly 10 years to the day of her accident.

“Though I can never repay them for what they did for me that day”, says Zoe, “I will always try to raise as much money for them as I can. They are my heroes. And if people would consider donating to this incredible charity, I would be so grateful.”

To support Zoe on her 27-mile walk, visit her JustGiving page and donate today.

June 7, 2022
DONATE
We use cookies on our website to give you the most relevant experience by remembering your preferences and repeat visits. By clicking “Accept All”, you consent to the use of ALL the cookies. However, you may visit "Cookie Settings" to provide a controlled consent.
Cookie SettingsAccept All
Manage consent