On 1st August 2015, six year old Summer Baxter was involved in a terrifying road accident that left her fighting for her life.  Here her mother Leanne tells her story.

On the day of the accident, Summer was happily playing on her scooter outside the front of our house with her sister and a friend. The three children decided to cross the road to go to a friend’s house when a car approached and hit Summer.  Summer’s sister attempted to pull her back but was unable to reach her in time and Summer was pulled underneath the car and dragged down the road.

I was inside the house at the time and was only alerted to the incident when I heard my eldest daughter banging on the door, screaming that Summer had been hit by a car. I couldn’t believe what I was hearing. I ran outside to where Summer was lying in the road, and immediately phoned an ambulance.  I was in total shock.

Some passers-by had stopped to help and were also concerned for my safety as I was 33 weeks pregnant at the time. The first responder arrived on scene before anyone else and it was then that we were informed that the Air Ambulance had been despatched. I lost all sense of time but it wasn’t long before the Air Ambulance had landed in a school field nearby and Dr Iain Beardsell was quickly taking control of the situation.

The amazing team of Doctors and Paramedics got to work on trying to stabilise Summer. She had her chest drained as it appeared that she had internal bleeding and it quickly became apparent that she would need to have continuous medical treatment during the journey to hospital.  Summer was taken by road to hospital, with Dr Beardsell at her side.

When we arrived at John Radcliffe Hospital we had to wait while the Doctors continued to work on Summer; she had a serious head injury, pelvic fractures on both sides, a sacrum fracture, a fractured shoulder blade, most of her ribs were fractured and she had an open fracture on her leg.  Forty percent of her back was covered in burns from being dragged along the road, at this point the doctors were unsure if she was going to make it. 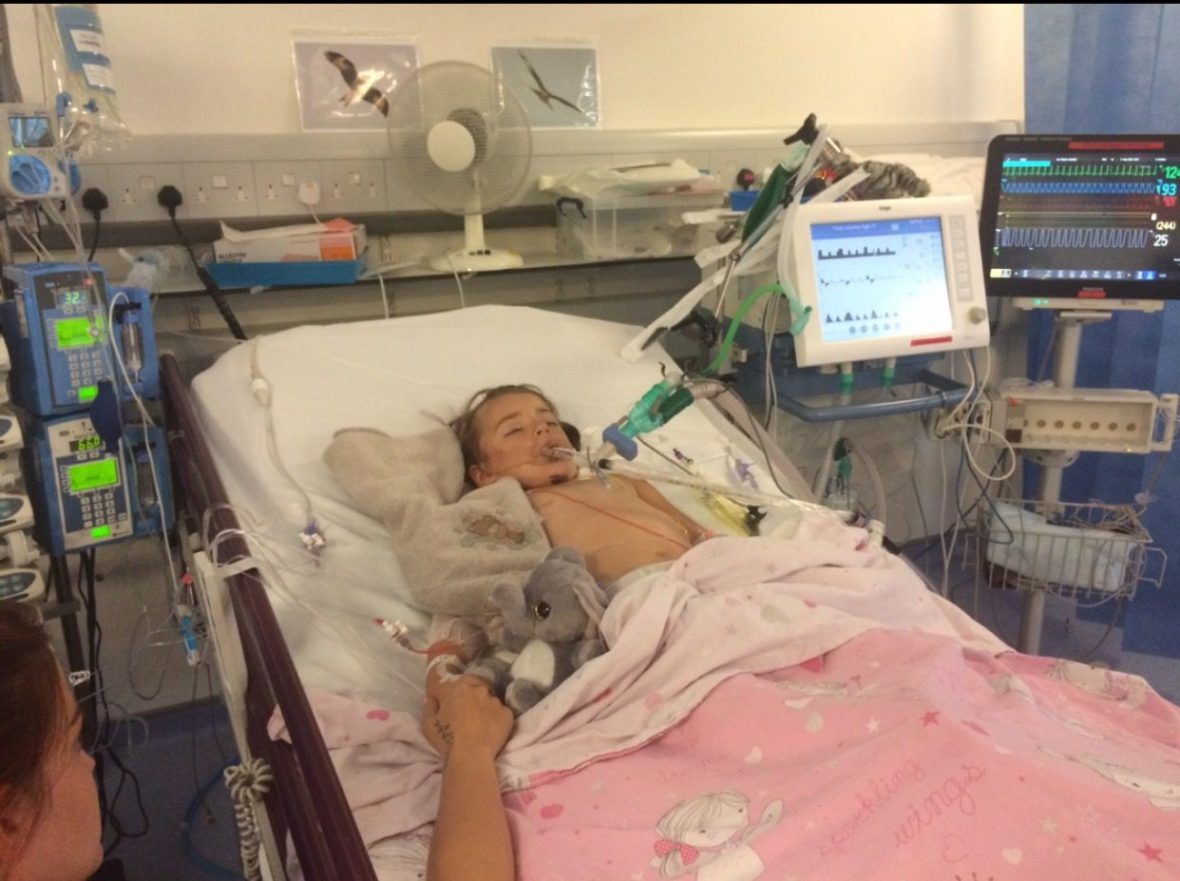 The following day Summer’s head injury lead to a bleed on the brain, which caused further injury and required more treatment. She spent nine days in an induced coma in intensive care before being woken by the Doctors and moved to the High Dependency Unit. Summer ended up spending just over a month in hospital and in that time she surprised everyone with the speed of her recovery.  It was anticipated that she would need to spend some time at a brain injury rehabilitation centre, but again she proved to everyone that this wasn’t necessary.

On 4th September Summer was sent home, and although she was still unable to walk, we worked hard to help her at home and she finally returned to school in mid-November.

Summer has come on in leaps and bounds since the day of her accident and we are so proud of her.  Although she is still under care of consultants, she has almost made a full recovery and we couldn’t be happier. Along with the Doctors at John Radcliffe, I honestly believe that Summer would probably have died if the Air Ambulance had not come to her rescue that day.  The crew were amazing and it was literally as though they bought the hospital to the scene of her accident. We can not thank the Air Ambulance crew enough for what they did for Summer.