A man who needed life-saving treatment from air ambulance doctors and paramedics from Hampshire and Isle of Wight Air Ambulance when he attempted to take his own life is walking 19,000km along the UK coastline, to rediscover the person he once was and raise vital funds for the charity that saved his life.

After being expelled from school when he was just 14 years old and kicked out of his family home at 16, Josh Codling from Romsey, Hampshire, became heavily involved in drink and drugs while sofa surfing with friends. And when he was diagnosed with borderline personality disorder, anxiety and depression, Josh was on track to become another number in the escalating world of male suicide. 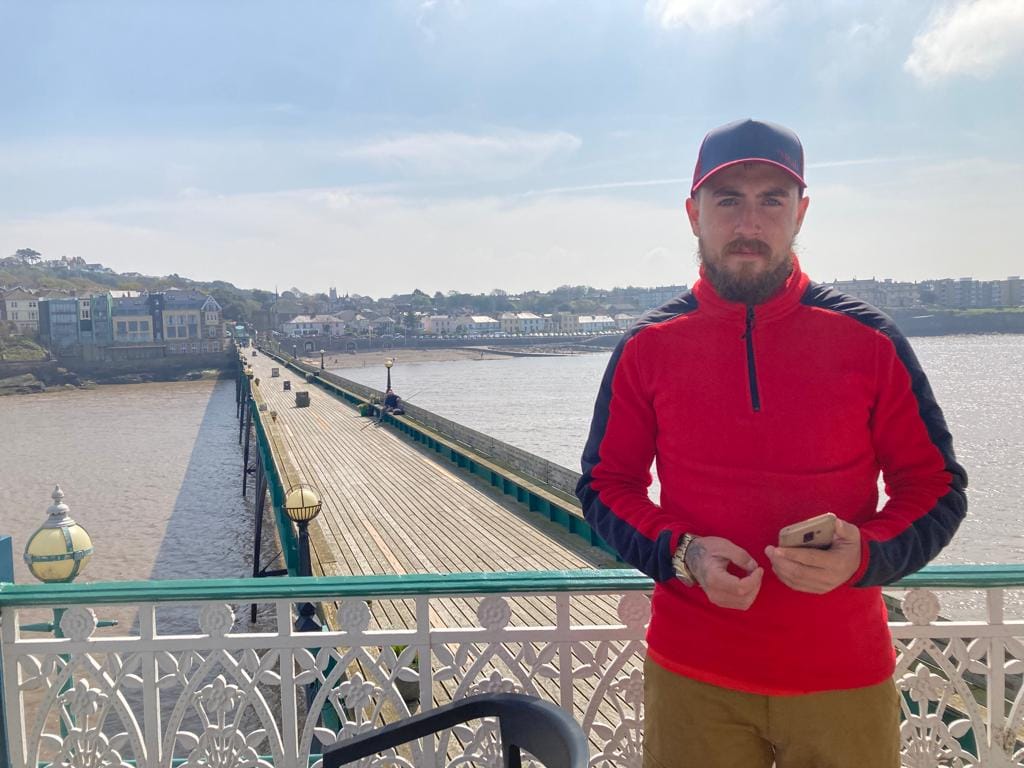 In May 2020, after he’d sold his possessions for one last ‘blow out’, Josh went on a drink and drugs binge with the intention of killing himself. While he had attempted suicide before, that was ‘only a cry for help.’ This time was different.

“When I got to 27, I’d seen and done so much that I could only deem myself as doomed with no way to escape my past, which I struggled intensely to forgive myself for. I’d finally had enough of going round in circles. How do I get out of it?”

Following a night of drinking and drug-taking, Josh was intent on seeing his plan through and continued to take heroin and crack cocaine on top of prescription drugs. “That’s the last thing I remember,” he recalls.

Four days later, Josh woke up from a coma in Intensive Care in Basingstoke and North Hampshire Hospital. While he was recovering in his hospital bed, Josh had a ‘lightbulb moment.’

“I knew in that instant that I had to do something to change my life, something healing and positive, something big.”

In May 2021, with his past troubles behind him, Josh strapped on his walking boots and backpack full of spare clothes and set off on the South West Coast Path walk from Poole Harbour to Minehead, Somerset, to raise money for the Air Ambulance charity that saved his life.

After months of trekking and sleeping in tents, Josh returned home to attend his grandad’s funeral. But before he could rejoin his walk, Josh contracted Covid-19 which led to a blood clot in his right lung – the third blood clot he’s had due to an underlying condition.

Back on the dusty track with vigour and determination, Josh has decided to push his challenge and himself to the limit and walk 19,000km around the entire UK and British Isles coastlines: England, Wales, Northern Ireland, Scotland, Outer Hebrides, Shetland Islands and the other islands around Britain.

“I’ve already covered over 400 miles of hard terrain around the south-west coast, and I’ve never been happier.

“Every day differs. I have no itinerary or set miles to cover. I just keep the sea to the left and walk. I’m not governed by time or dates, or society’s pressures. I’m as free as a bird and I feel more alive than I ever have.

“My confidence has come back and exceeded anything I could have possibly imagined.”

The Kindness of Strangers

With no plan of action or route properly marked out, Josh relies heavily on the generosity of the people he meets in each town, village or beachside retreat. With his tent as back-up, Josh has been invited to stay in the spare room of strangers’ homes, pubs and guest houses.

“I’m meeting so many kind people every single day. And it’s becoming apparent that the kindness of strangers does exist – and exist in abundance.

“Any gesture, no matter the size, means so much because they are all signs of support. I can’t thank each and every person enough. But I hope me persevering is thanks enough.

“I’m constantly receiving messages on my JustGiving and Facebook pages. I’ve met so many people who have a connection to mental health and male suicide. Unfortunately, it’s rife. And I’m so glad I’m having a positive impact on an array of different people, from all walks of life.”

Joined on his journey by a new canine companion, Basil, Josh has so far raised over £5,000 for Hampshire and Isle of Wight Air Ambulance. “I would like to raise a healthy number for the charity that was there for me when I needed them most.

“If it wasn’t for their quick response and dedication, I wouldn’t be here today.” 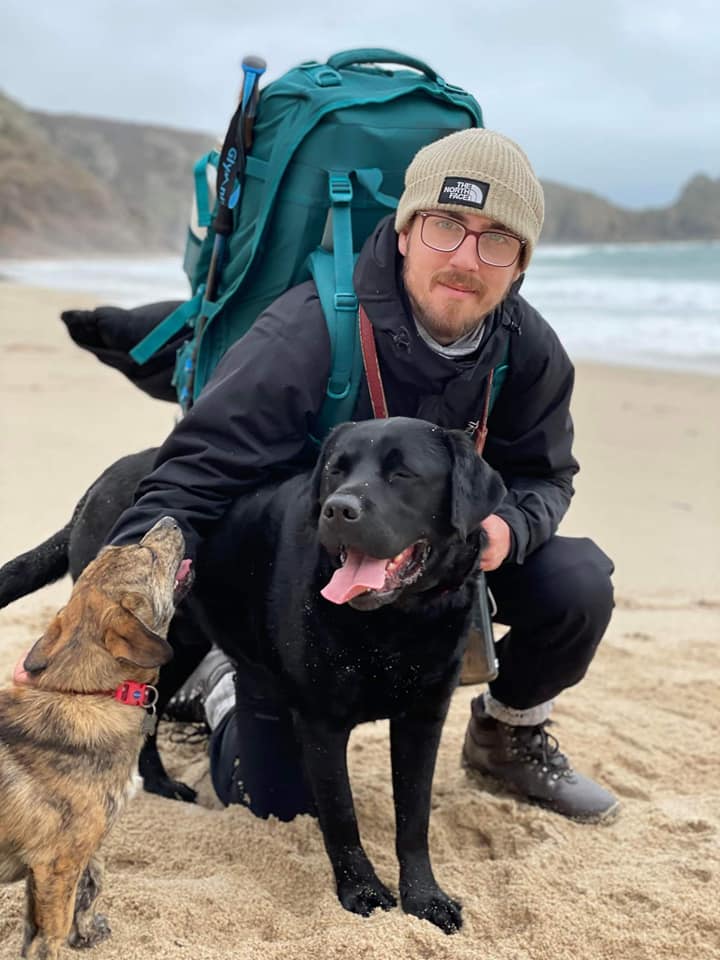 “I lost myself for a long time. At one stage, I was very confident, charismatic and interpersonal, but I swiftly became a shell of my former self. I can say with great happiness that the man I once was, is coming back, if not already back. If I can change one person’s life on this journey, I would be happy. But it seems that I am inspiring and changing lives with every step I take. And it’s only just the beginning.”

To support Josh on his walk, please visit his JustGiving page.

Dr Lou Chan, from Hampshire and Isle of Wight Air Ambulance, attended Josh and said: “We received a call to a cardiac arrest – this is not an unusual incident for us to attend, as more than a quarter of the incidents we attend are cardiac arrests. 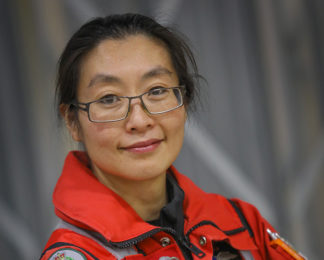 “When we arrived I had expected to see chest compressions being performed as part of an ongoing resuscitation, but this was not happening. It was either a good sign or a really bad one. The ambulance crew quickly assured me that it was a good sign.

“On the journey to hospital, Josh’s conscious level improved but this meant that he became agitated intermittently. Initially he would settle with reassurance but as the journey progressed and we drew closer to hospital, simple reassurance wasn’t working anymore – he needed some sedatives to help keep him calm.

“It’s quite common for patients to become agitated when coming off a drug high, and they can often become very emotional. Unfortunately, the drugs were not sufficient to keep Josh, ourselves and the staff in the emergency department safe – this could only be achieved with an anaesthetic, and Josh was admitted to the intensive care unit. That was the last we saw of Josh.”

Large-scale training exercise on the Isle of Wight

Road Safety Week: Guide to staying safe on the road

November 7, 2022
DONATE
We use cookies on our website to give you the most relevant experience by remembering your preferences and repeat visits. By clicking “Accept All”, you consent to the use of ALL the cookies. However, you may visit "Cookie Settings" to provide a controlled consent.
Cookie SettingsAccept All
Manage consent