In our early days, before we flew at night and only had a limited number of doctors and paramedics, we were called out to a patient who was working on a boat when part of it exploded.

It was June 2008 and Rolf, the patient who was onboard, went on to suffer 40% burns to his body. All these years later, he has become a major part of the charity, cementing himself as the man who knows and does everything.

“I was a fabricator and welder. If things went wrong on the boat, I’d fix them,” says Rolf. On this occasion, Rolf and his colleagues were gutting out and rebuilding the boat. When they returned from lunch and set about their work, there was a huge explosion caused by an oxygen leak.

“It burnt very rapidly,” says Rolf. “Being ex-forces – navy – we were always trained to hit the floor if there was anything wrong.” Lying face down to avoid being engulfed by the flames, Rolf’s back, arms and head bore the brunt of the fire.

A short while later, Rolf was found crawling away from the flames and into the surrounding water which, he admits, he has no recollection of. “My memory ends around three days before the accident. Everything is pieced together from what I’ve been told.”

The Air Ambulance team was quickly dispatched. The pilot skilfully landed on a nearby pontoon with the crew ready to jump out and treat Rolf. “I was placed in a (induced) coma and airlifted to Salisbury District Hospital.”

Rolf remained in a coma in the Intensive Care Unit for four weeks. 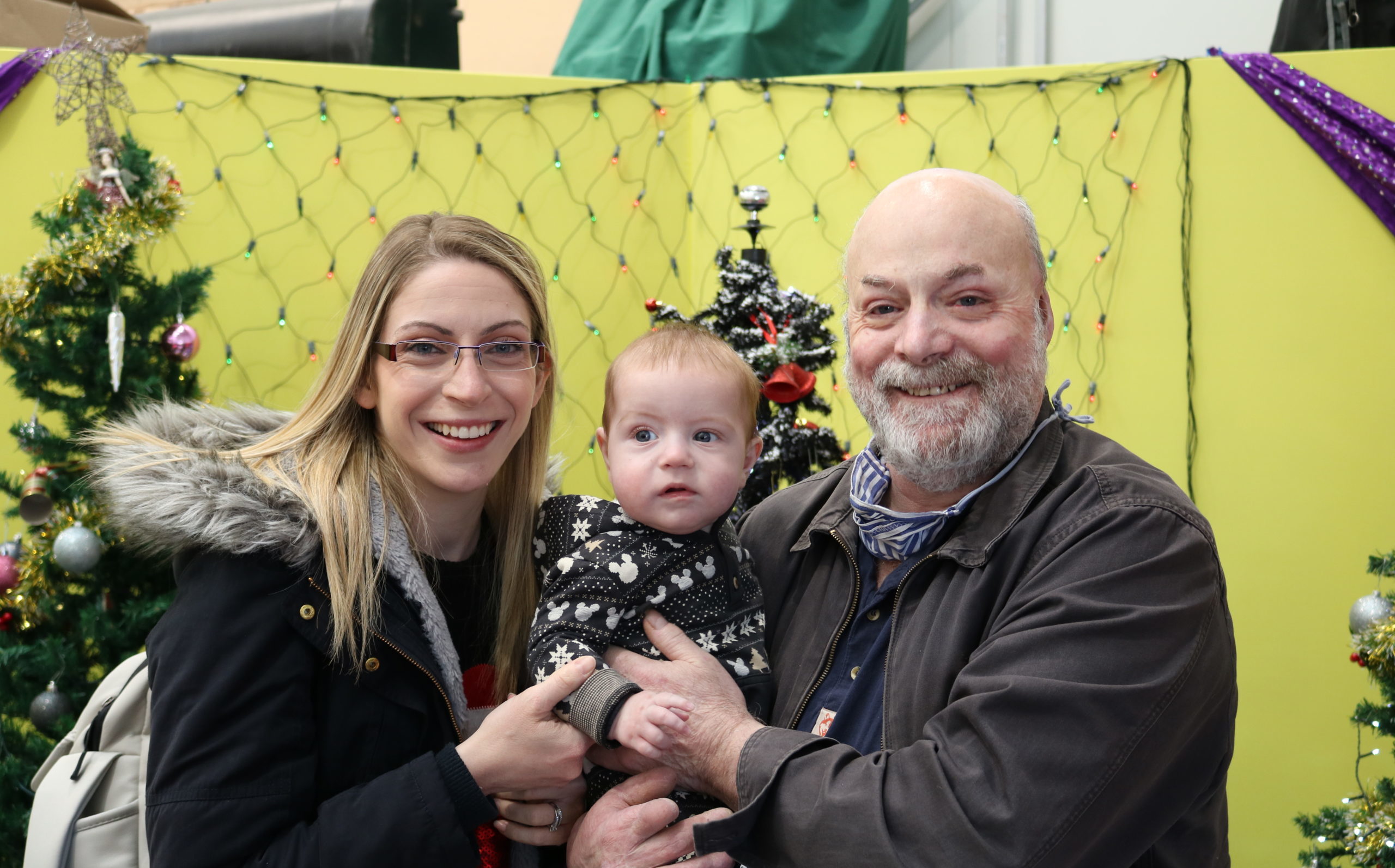 “I didn’t really come round until about six or seven weeks later,” says Rolf. “I was told to stay in bed and not to move, so I instantly tried to get out of bed.” Collapsed in a heap on the floor of the hospital ward, covered from the top of his head to the tips of his toes in bandages, Rolf was just starting off on the long road to recovery.

“They told me I’d be in there for a couple of years. But I was home after about six months.” Still bandaged, Rolf was able to walk up the stairs next to the ward. “I lost a lot of muscle mass. I’d not done any exercise and was being fed through a tube. I was 14 stone before my accident and was suddenly down to eight stone.”

Around three years had passed and Rolf’s daughter Chloe was eager to get them both out and into the community together. “We found an advert in the local paper from Hampshire and Isle of Wight Air Ambulance looking for volunteers.” Rolf and Chloe attended events, bucket collections and even assisted in the Charity Head Office from time to time.

“To thank the people that saved my life I wanted to get involved, and volunteering seemed like an excellent way of doing so.” While Chloe still regularly gives up her time around her work and life schedule, Rolf has become a more permanent fixture becoming our full-time Equipment Officer.

“I make sure that the team are supplied with the right equipment and, more importantly, equipment that works. I try and salvage anything that gets damaged or looks tired, rather than just throw it away and get new stuff.”

Rolf’s handiwork and creations over the years have saved the Charity thousands of pounds, making your support go even further.

“I sincerely believe that without the Air Ambulance and its crew who sedated me, carried out initial medical aid and then flew me directly to the specialist burns unit, I would not be here today.”

“All of those things add up. It’s the difference between life and death. And it’s the generosity from the people in our communities that enable us to do the work that we do. It’s all about saving people’s lives and giving people just like me the best possible outcome.”

You can make a difference to people like Rolf.

December 2, 2021
DONATE
We use cookies on our website to give you the most relevant experience by remembering your preferences and repeat visits. By clicking “Accept All”, you consent to the use of ALL the cookies. However, you may visit "Cookie Settings" to provide a controlled consent.
Cookie SettingsAccept All
Manage consent