As the only Gas Tanker driver on the Isle of Wight, Pete Arnott is a well known and well loved figure in the local community.  He has been married for over thirty years and has two daughters and four grandsons.  In March this year Pete had to be rushed to hospital urgently having suffered from chest pains overnight. He wrote to us a few weeks later to thank our Critical Care team for saving his life.

It was a Sunday evening and I didn’t feel much like eating.  I went to bed feeling no better and during the night I was sweating a lot and started suffering from chest pains.  In the morning I rang my local surgery to book an emergency appointment and was told that I needed to ring 999 immediately.

Within minutes a First Responder had arrived and stabilised me whilst we waited for an ambulance to arrive. I was rushed to St Mary’s Hospital, Newport, where I was assessed and the decision was made that I should be taken to Queen Alexandra Hospital in Portsmouth for the specialist care that I needed as soon as possible.

The Air Ambulance was alerted.  Without the Air Ambulance I would have faced a long journey, possibly as long as two hours including the ferry crossing, in a land Ambulance.  My situation was apparently quite serious so it’s quite possible that I might not have made the trip.

The Air Ambulance team were absolutely brilliant; very professional but also very human.   They kept me calm, laughing and joking all the while and checking that I was stable.  When we arrived in Cosham, I was taken into the hospital straight away and within minutes, I was in the theatre getting the treatment I needed.

The Air Ambulance is a life line to the Isle of Wight for urgent patient transfers to specialist hospitals and I can not sing the praises of the team who treated me more highly.  I have already signed up to the Charity’s Flight for Life Lottery!

It is not until something like this happens to you that you realise how many other lives you touch.  I know that I face a long road to recovery but, thanks to HIOWAA and the other emergency service teams who helped me that day, I have been given a second chance to live. 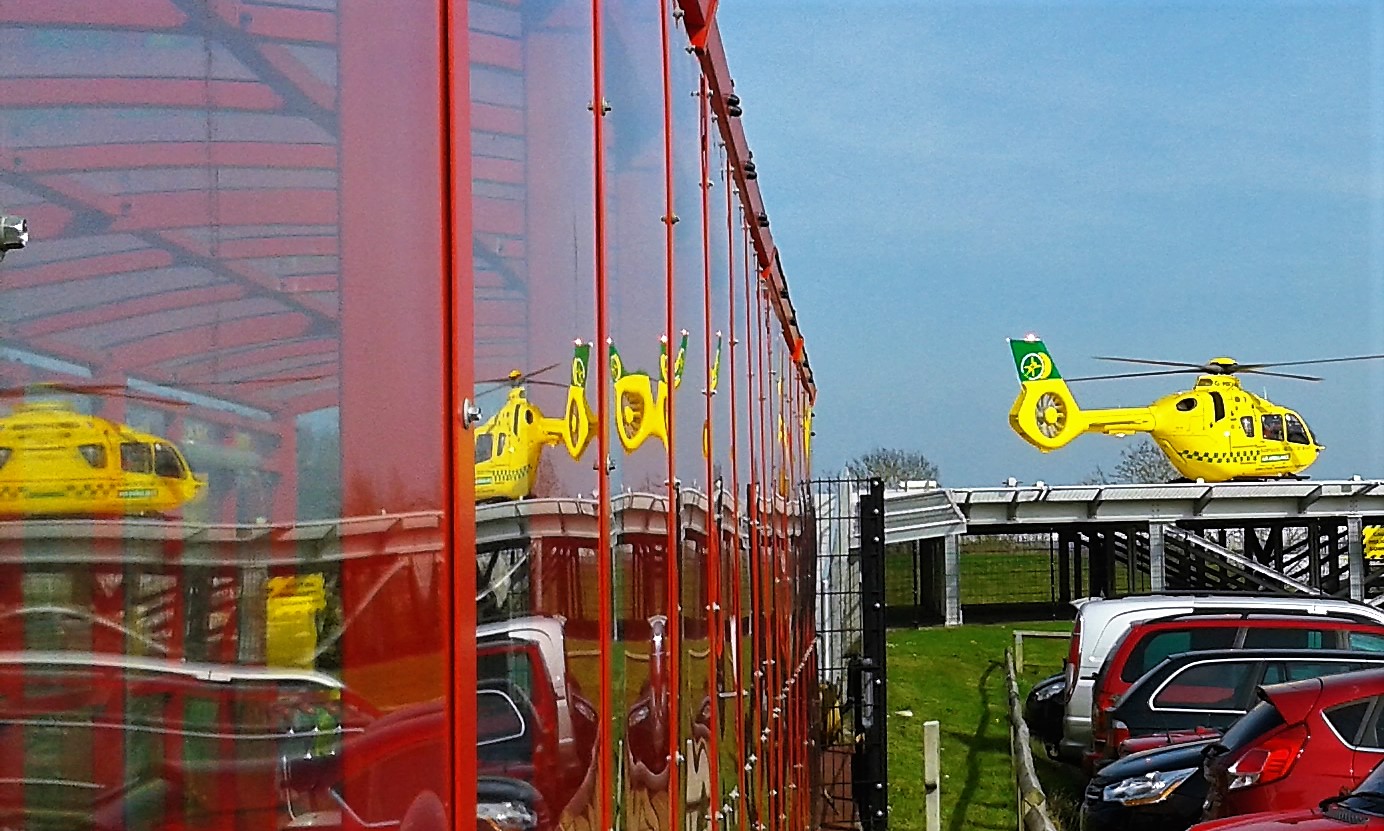