When he was just 21-years-old, Kevan Taylor was diagnosed with hydrocephalus: a condition that causes a build-up of fluid around the brain, which can cause brain damage. Since his diagnosis, he’s had 42 emergency operations on his brain.

Kevan, now 38, from the Isle of Wight, understands the vital role of his local air ambulance charity, having been flown to University Hospital Southampton (UHS) for emergency surgery on three separate occasions: 2012, 2016 and again in 2019. 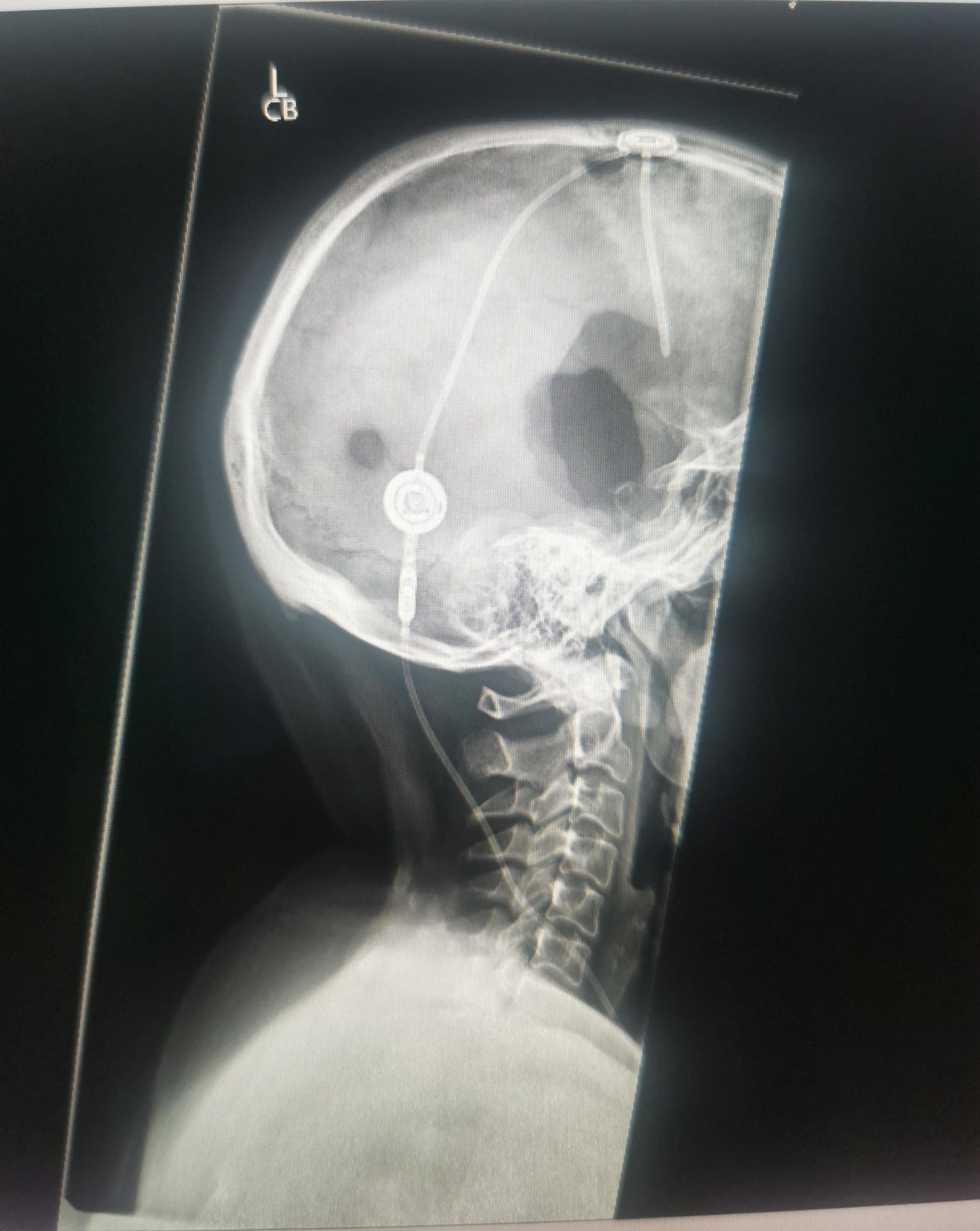 In 2005, Kevan visited his GP when a bout of the mumps wasn’t improving. He was later diagnosed with meningitis and treated with antibiotics in hospital. A couple of days passed with no sign of improvement, so Kevan saw a neurologist from Southampton who held a monthly clinic on the Isle of Wight.

“I remember this day vividly,” said Kevan. “I was on my lunch break from work, and I was sitting next to an elderly gentleman outside the doctor’s office. I heard the doctor on the phone saying, ‘We need a bed immediately – this patient needs to be admitted for surgery.’ I remember feeling bad for the elderly man sat by my side.”

Shortly after, the nurse and doctor explained to Kevan that it was him who needed to be transferred to UHS immediately.

A few days after his operation, Kevan was discharged home with a shunt implanted in his brain to help prevent pressure from building up in his brain.

The next few years passed with little-to-no complications. But, in December 2008, Kevan had a brain haemorrhage and was again in need of emergency surgery – resulting in Kevan’s shunt becoming blocked. When this happens, Kevan he must seek urgent specialist treatment within four hours or risk falling seriously ill. 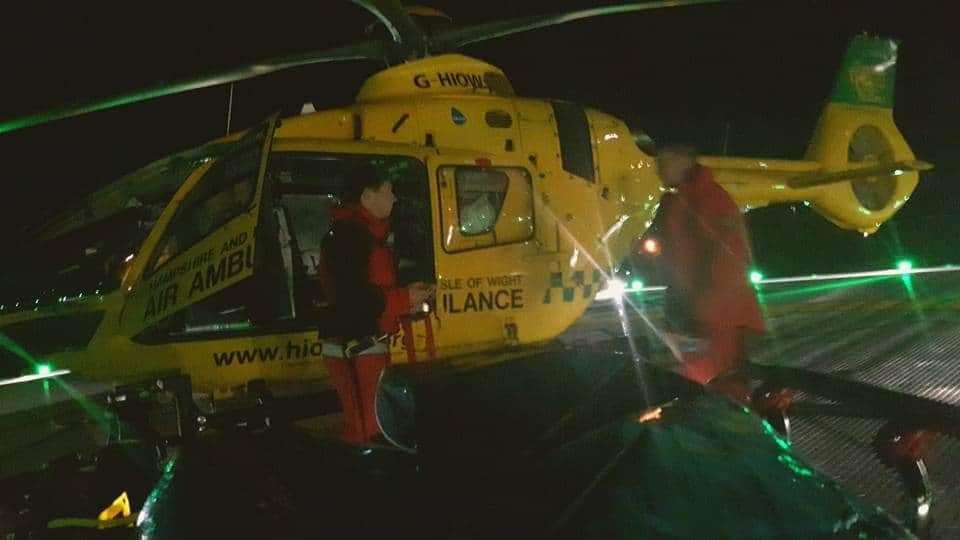 The crew preparing to load Kevan on the helicopter

Kevan can only recall one of his three journeys to hospital in the air ambulance – in 2016 when he was ‘wrapped up in a foil blanket like a Christmas turkey, waiting in St Mary’s Hospital for the crew to arrive.’

He said: “My legs were shaking as the doctor sat next to me began administering medication. I was anxious but extremely grateful, as I know the result if I am left too long without treatment. A traditional ambulance just wouldn’t have got me to hospital in time. It makes living on the Isle of Wight very tricky.

“But the crew were all so friendly. And that is the memory that sticks with me the most. They were so calm and treated me with compassion and care.”

The impact of Kevan’s condition and need for the air ambulance is felt throughout his family, and on his four young children, George, Sophia, Mitchell and Theo, in particular.

“I always think about how my hospital stays affect my children. Sophia finds it hard when I’m in hospital and, more recently, Theo has become aware of what a hospital trip means for me, so he too becomes upset,” said Kevan.

“But without the air ambulance, I would not be here to raise my children. For this, I will always be grateful to the team.

“I would have died, that’s the harsh reality.”

Despite his ongoing health concerns being amplified by a stroke in August this year, Kevan was determined to complete our 5k night-time fun: Dash in the Dark, Isle of Wight.

“I’ve wanted to do Dash in the Dark for years,” said Kevan.

“I was amazed when I passed my goal of £60. I had a very generous donation from an old work colleague, Harry from The Woodmans Arms, which saw my total more than double. I was then contacted by A Cabs who said they would double my total.”

As determined as ever, Kevan not only completed Dash in the Dark, but he’s also gone on to raise £660 for the charity so close to his heart.

“We never know if or when we will need the air ambulance. But it’s a lifeline.”

“How can you thank the people that saved your life and allowed you to continue being a father and see your children grow up. Words are not enough.”

Support Kevan and his family as they take on the 2023 Dash in the Dark.

In December 2022, Kevan and his family visited our airbase to see the helicopter up close and speak to members of our crew. 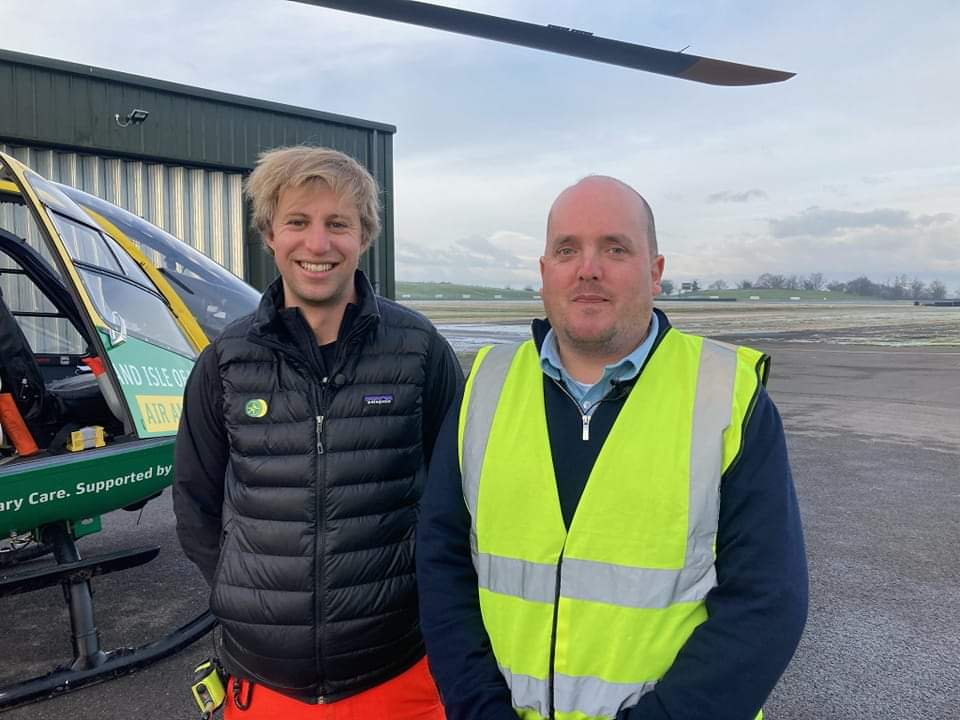 “A lot of the patients we see might be unconscious and or anaesthetised, so they may not remember the incident at all. So for Kevan and his family to come and speak to the crew and better understand what happened, it can really give them a sense of closure.”