It was a warm and sunny day on the 9th June 2016 and my son and daughter had just finished school.  Joe, who is 10, regularly goes to our local park to meet his friends after school which is a short walk away. On this Thursday none of his friends were there so Joe decided to cross the road to our local shop and then walk home. 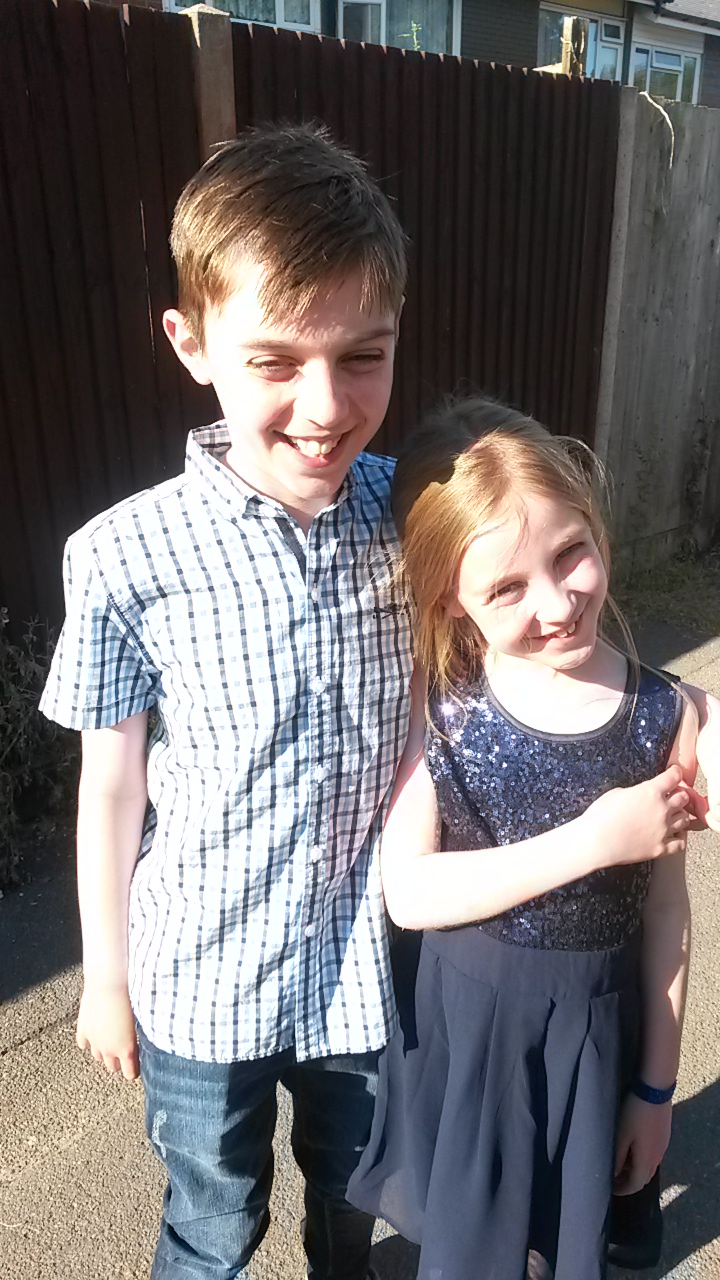 Joe can remember stopping to look to see if the road was clear. He waited for a car to pass and then stepped out to cross; not realising there was another car…

My daughter Marnie and I were still in school, where I work as a LSA. The school received a telephone call from someone at the scene who recognised Joe to say that he had been involved in an accident and asking for me to get there as quickly as possible. Marnie was looked after by some of my colleagues at the school.

It’s a short distance from the school to the road where the accident took place, however, it felt like the longest run of my life. It’s impossible to fully explain the terror and panic that I felt when I reached Joe. He was conscious, but was very agitated and confused. A mum of one of Joe’s friends, who had looked after him at the scene of the accident, explained that Joe had been hit by the car and then thrown onto the pavement. I could see that he had cuts and grazes on his head and back. Despite attempts to keep Joe still, he kept trying to stand up and walk. He was disoriented and repeatedly asked me to shake him so that he could wake up and have his breakfast.

I lost all sense of time, or what was going on around me, but at some point my husband and father in law arrived at the scene, as did the police and then the Air Ambulance, who landed in a field by the park. The Doctor on board the Air Ambulance quickly decided that, as Joe was agitated, he would need to be put into an induced coma before he could be air lifted to the hospital. The Doctor was very calm and assured so we had complete confidence that Joe was receiving the very best treatment. It was, however, very distressing to see him being put into an induced sleep and then intubated at the roadside. The Air Ambulance crew stressed that it was essential to reach Southampton hospital as quickly as possible to help Joe’s treatment.

I was able to go with Joe in the helicopter to Southampton. My husband and father in law drove to the hospital. Marnie went to stay with my sister in law. Although she knew that Joe had been in an accident, she did not know at this stage what had happened. She admitted to me later that she had been very scared and realised that it must have been something serious.

The journey to the hospital was very quick. The crew were very reassuring and explained the different readings on the monitors. They also explained that once we reached the hospital Joe would be taken to a treatment room where he would be quickly assessed for injuries before being taken to the CT scanner. Once we reached the helipad at Southampton Hospital Joe was quickly transferred to the A&E department. The helicopter crew remained with us as we walked in and continued to explain what was happening and what the next stage would be.  The speed with which everything had happened made it very difficult to fully absorb the impact of what was going on and the whole experience felt very surreal.

Initially there wasn’t room in the treatment room for me to go in, however, after the handover from the Air Ambulance crew, I was able to go in and be with Joe.  Following an initial assessment, he was taken for a CT scan and then an X Ray. Amazingly, he did not break any bones, however, he did have frontal contusions to the brain.

Joe remained in an induced coma for 24 hours whilst doctors monitored the pressure in his head and checked for any possible swelling. When the decision was made to allow him to wake up, it was such a relief to be able to talk to him. He was able to recognise all of us and could recall everything that had happened up to the point when he waited to cross the road, but not the accident itself.

Joe has made an amazing recovery – he returned to school within two weeks of coming home and was able to enjoy the last few weeks in year 6 with his friends. The role of the Air Ambulance crew was crucial in this. By putting Joe into an induced coma, his brain was able to have the best chance to start healing. Apart from some scars on his back, there is no lasting damage. Joe has been incredibly lucky and we are very grateful to everyone involved in Joe’s treatment for everything that they did.