Jim was an avid cyclist and runner. At 70-years-old, he’d completed the Great South Run eight times. According to his daughter, Emma, “If he goes out on his bike, he’s not just popping out on a little jaunt, he’s doing 20-plus miles.”

Up and out on his bike early one July morning last summer, Jim was on a quiet B-road between Basingstoke and Andover when a car came from behind and drove into the back of him, catapulting him off his bike. His wife Stephanie answered the door to the police who blue-lighted both her and Emma to the region’s major trauma unit, University Hospital Southampton (UHS).

While Emma and her mum made their way to UHS, where they met Emma’s brother, Ben, Jim was being treated on scene by a road ambulance crew alongside Dr Lou Chan and Specialist Critical Care Paramedic Michael Bradfield from Hampshire and Isle of Wight Air Ambulance. They administered medication and provided specialist critical care to help keep Jim alive, before flying him to hospital. 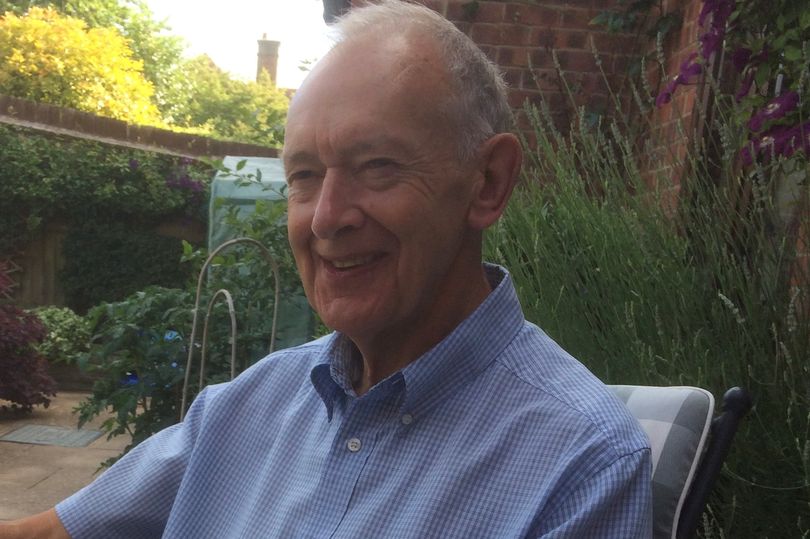 Jim was a ‘true gentleman’

Jim had broken his shoulder, his leg and two of his ribs – he’d also punctured one of his lungs and was covered in severe cuts and bruises.

Despite the fact Jim was wearing his safety helmet, which had stayed on his head throughout, he also suffered multiple bleeds on his brain. “We were told they can fix all those other things, but only time would tell whether his brain would survive. Unfortunately, it was just too badly damaged,” said Emma.

“I’ve got no doubt whatsoever that Dad had the absolute best care,” said Emma. “Every possible chance was given to him, but his injuries were just too severe. Without the Air Ambulance team, however, he would never have been able to do the amazing things he’s done afterwards.”

Because of the interventions of the air ambulance crew, Jim was able to be taken to hospital while still alive. This meant his wish for the donation of his organs, including heart and liver, could be granted.

“Dad donated his kidneys, which have both been successfully donated to two recipients; his corneas, so someone is able to see again and his heart valves.

“He also donated his liver, but they found there was more damage than initially thought, so they weren’t able to use it. It did, however, go off for scientific research.”

Emma added: “I am bursting with pride. He was always giving and always selfless. He will do anything for his family and friends, and he is just a true gentleman who continued that legacy after he passed away.” 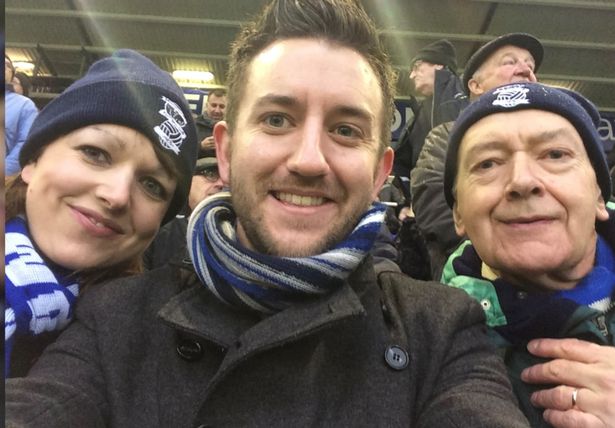 Emma with her brother, Ben, and their dad, Jim, at the football

In her dad’s memory, Emma, alongside her husband and brother, is signed up for this year’s Great South Run in October.

“It’s going to be emotional,” said Emma. “I’ve only done it once and it was with Dad in 2014. I said to him afterwards, ‘I’m never doing that again.’ But I’ll do it. Because I’m doing it for Dad and to raise money.

“We always knew about the Air Ambulance but didn’t realise it relied on donations. We will never be able to show enough gratitude for what the team did for him. We want to give something back to say thank you, so hopefully another family doesn’t have to go through what we’ve been through.” 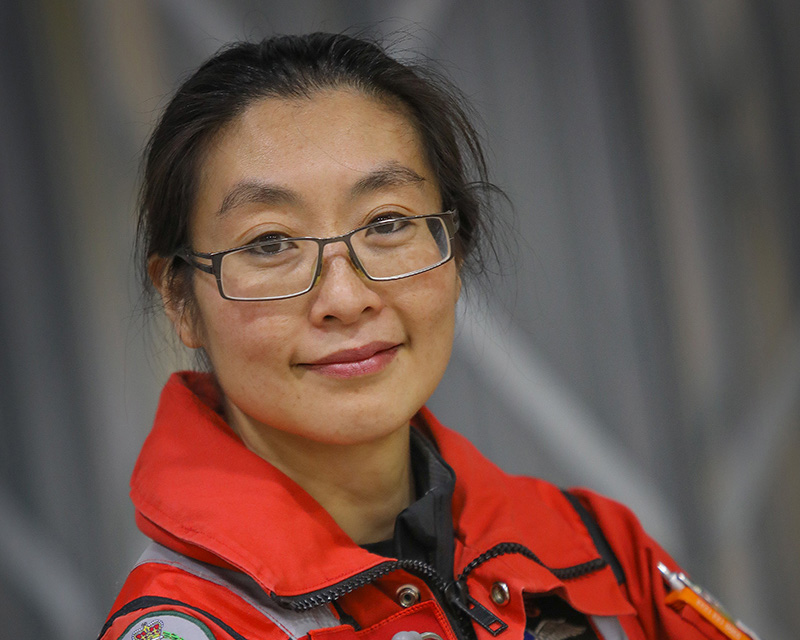 It was a sunny day in July. Paramedic Clinical Lead Michael Bradfield and I were returning to the Airbase having assisted at an incident in Basingstoke. We were tasked to an incident on the B3400, where a cyclist had been hit by a car and was unconscious. I knew we were close and were likely to be the first on scene.

When we arrived, we were greeted by the bystanders that had called the ambulance. They had seen the patient being clipped by a car trying to overtake him. There was significant damage to the bicycle and the helmet. They told us that he had never been awake and that his breathing was becoming laboured.

We didn’t know Jim’s name at the time as the identification he was carrying only had an initial and his surname.

Looking at Jim, it was clear he had a head injury and a fracture to his right lower leg. We also knew that Jim had sustained a severe injury to his brain as he was deeply unconscious. While we can’t do anything to change the injury that has already occurred, we can prevent any further damage from occurring through an anaesthetic to control his oxygen levels and by administering drugs to maintain a normal blood pressure – we also carry drugs that can help stop bleeding.

During Jim’s treatment, we were told by the South Central Ambulance Service team that there had been an accident at the southern end of the A34 which had closed the carriageway. This meant that we had to find a different way to get Jim to the specialist neurosurgical care he needed.

We called for our helicopter to meet us in the field next to the B3400 and were therefore able to bypass the A34 closure.

I remember seeing Jim’s CT scan before we left hospital – he had an extensive bleed into his brain. I knew that he would likely not survive which left me with a sense of sadness.

I am so glad that Emma has shared Jim’s story with us. It’s reminded me that good can come from the worst of situations and highlights how generous and important organ donors are.