As gloomy clouds and torrential rain filled the skies, Gwen was making her way along the M3, Winchester, to see her son. Her wipers up to full speed, Gwen passed a lorry and moved over to the inside lane. Before she knew it, her life was about to be flipped upside down.

‘As I understand it, there was no recordable blood pressure at the scene, so I presume I was in a bad way. Well, I was definitely in a bad way,’ says Gwen. ‘While I was in and out of consciousness, I heard them say they were about to cut my door off. “No! My cars got its MOT on Friday,” I thought. And I was gone again.’ 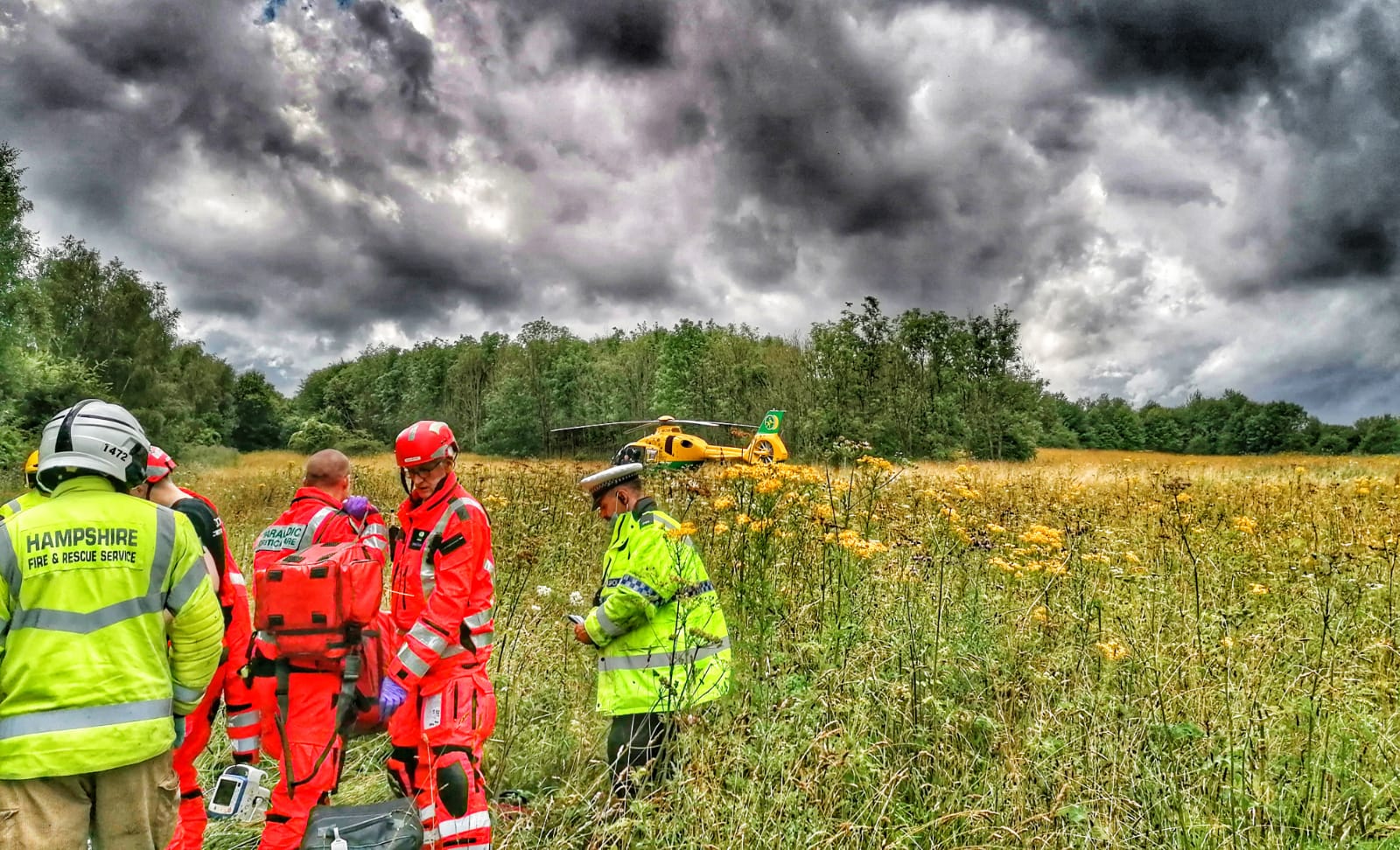 The crew on scene attending to Gwen

Gwen had driven over a large pool of surface water and aquaplaned off the side of the road, sliding 20 feet down an embankment. ‘The weather was so bad that day,’ recalls Gwen. ‘I shot down this embankment, taking a few trees and bushes with me, rolled several times and stopped at a farmers fence by a stream. I remember seeing Alex’s [passenger in the lorry] bright orange T-shirt, his bushy beard and moustache and hearing his kind, gentle voice.’

Alex remained by Gwen’s side until the emergency services, including three fire engines, police, ambulance service and our team in the helicopter, arrived. ‘He [Alex] could see everything that was going on. He’s only 24, bless him.’ Gwen and Alex have since reconnected on Facebook and met up in person. ‘It was lovely meeting him. He’s filled in a few blanks for me, which is very helpful.’ 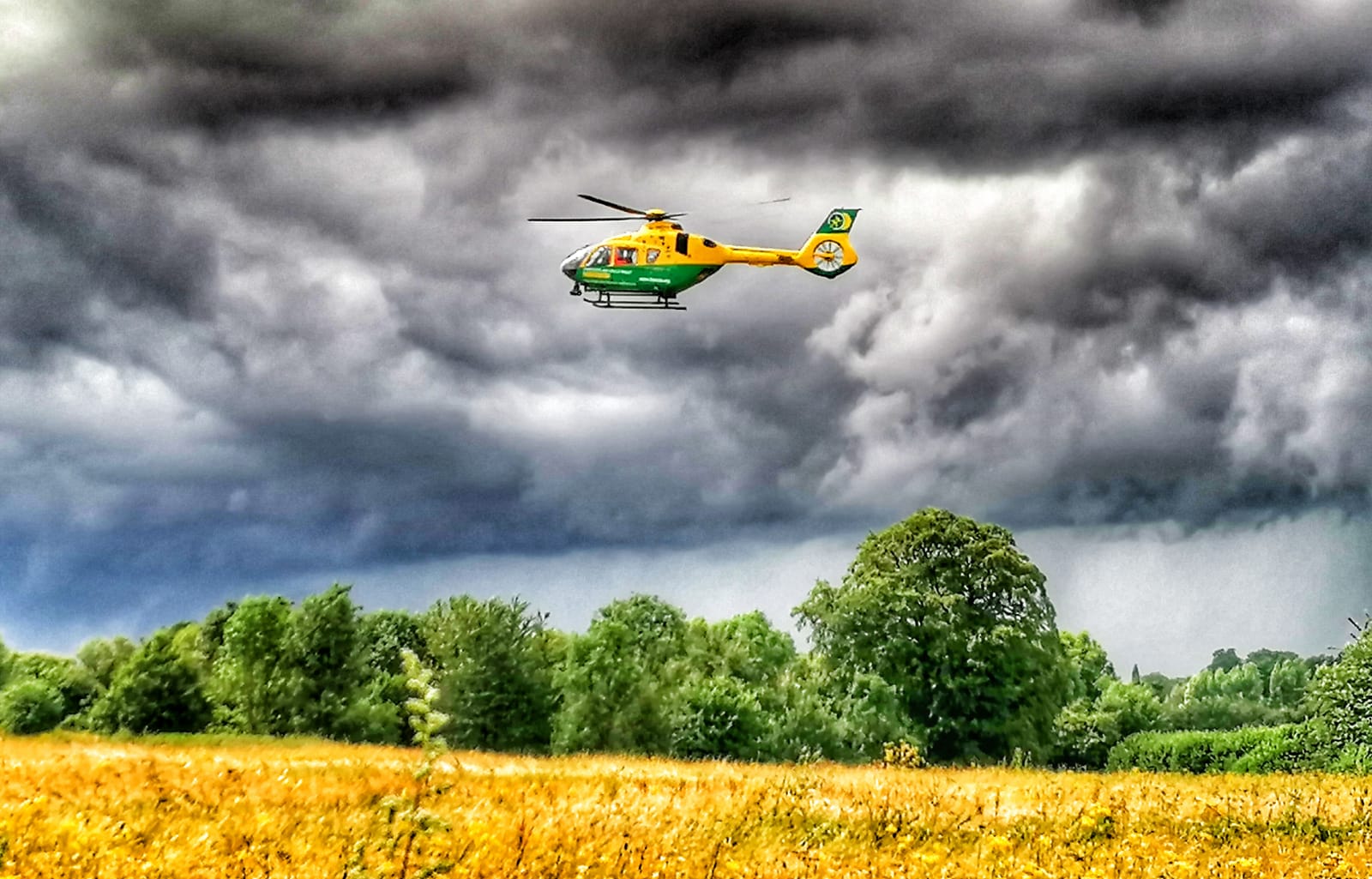 The team taking off and heading to UHS

When Gwen was eventually freed from the wreckage, she was flown to University Hospital Southampton. ‘I fractured my pelvis and fifth metacarpal, broke my eighth rib and cracked two others, punctured a lung and had an open fracture to my right humorus.’

‘At one stage I was told I might lose my arm.’

Gwen’s significant injuries meant she was in Intensive Care for three days and remained in hospital for a further three and a half weeks. The open fracture to her humorus meant Gwen not only required reconstructive surgery to rebuild her arm, but she now attends intensive physiotherapy at Salisbury Hospital three times a week. ‘Every day I see improvements,’ says Gwen. ‘My goal was, and is, to drive again.’ 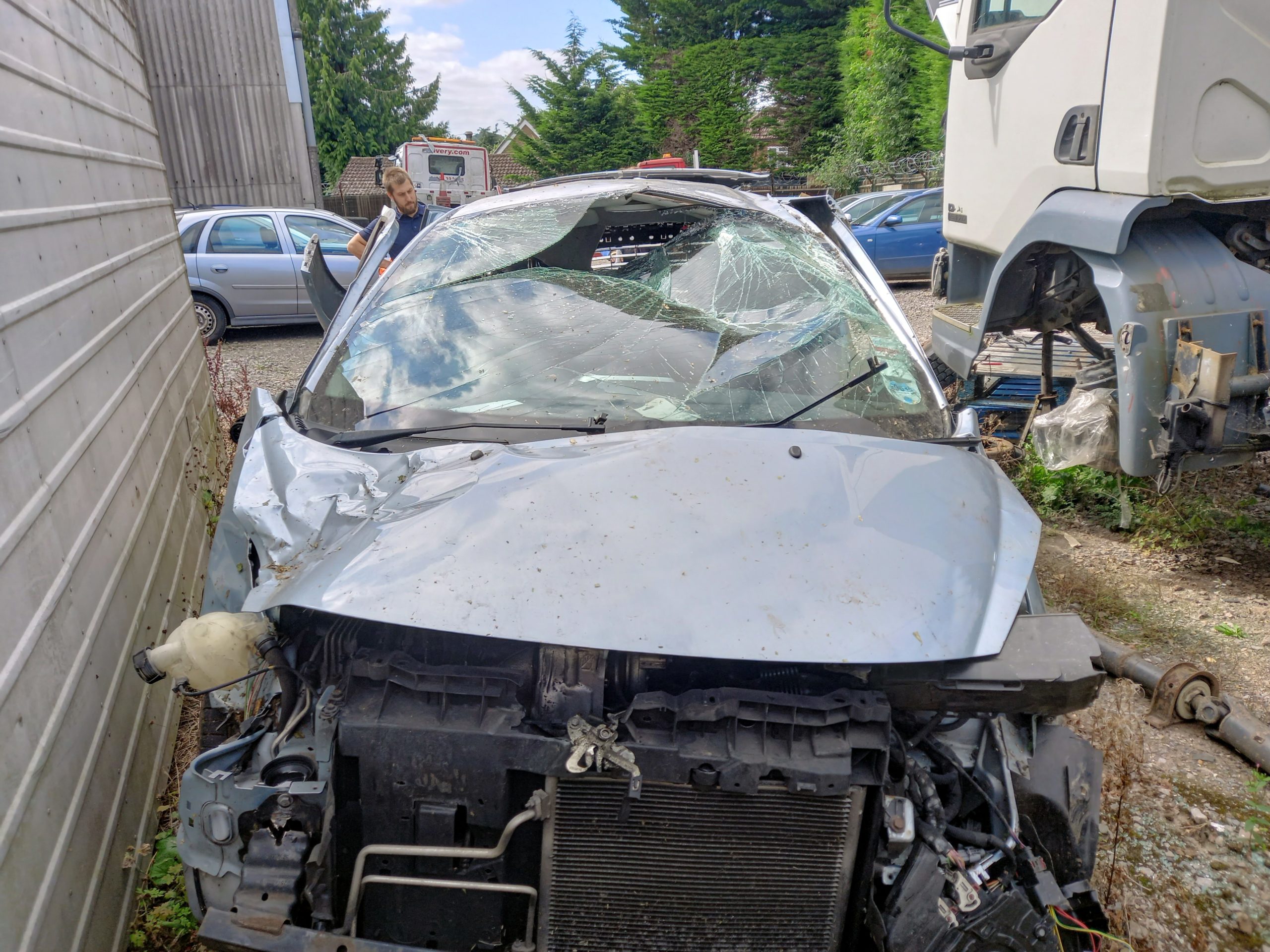 Gwen’s car at the scrapyard

Looking back on a whirlwind period in her life, Gwen says, ‘It is what it is. I don’t know what my future’s going to bring, but nothing can change the situation I’m in.’ She adds: ‘Had it not been for the Air Ambulance team and everybody who’s looked after me along the way, my story would be a totally different one. They saved my life. It was a horrible day for the Air Ambulance to have to fly out. And so to be here today, I feel honoured. I’m a very lucky lady.’

‘I owe them my life’

You can make a difference to people like Gwen by becoming part of the Hampshire and Isle of Wight Air Ambulance family. 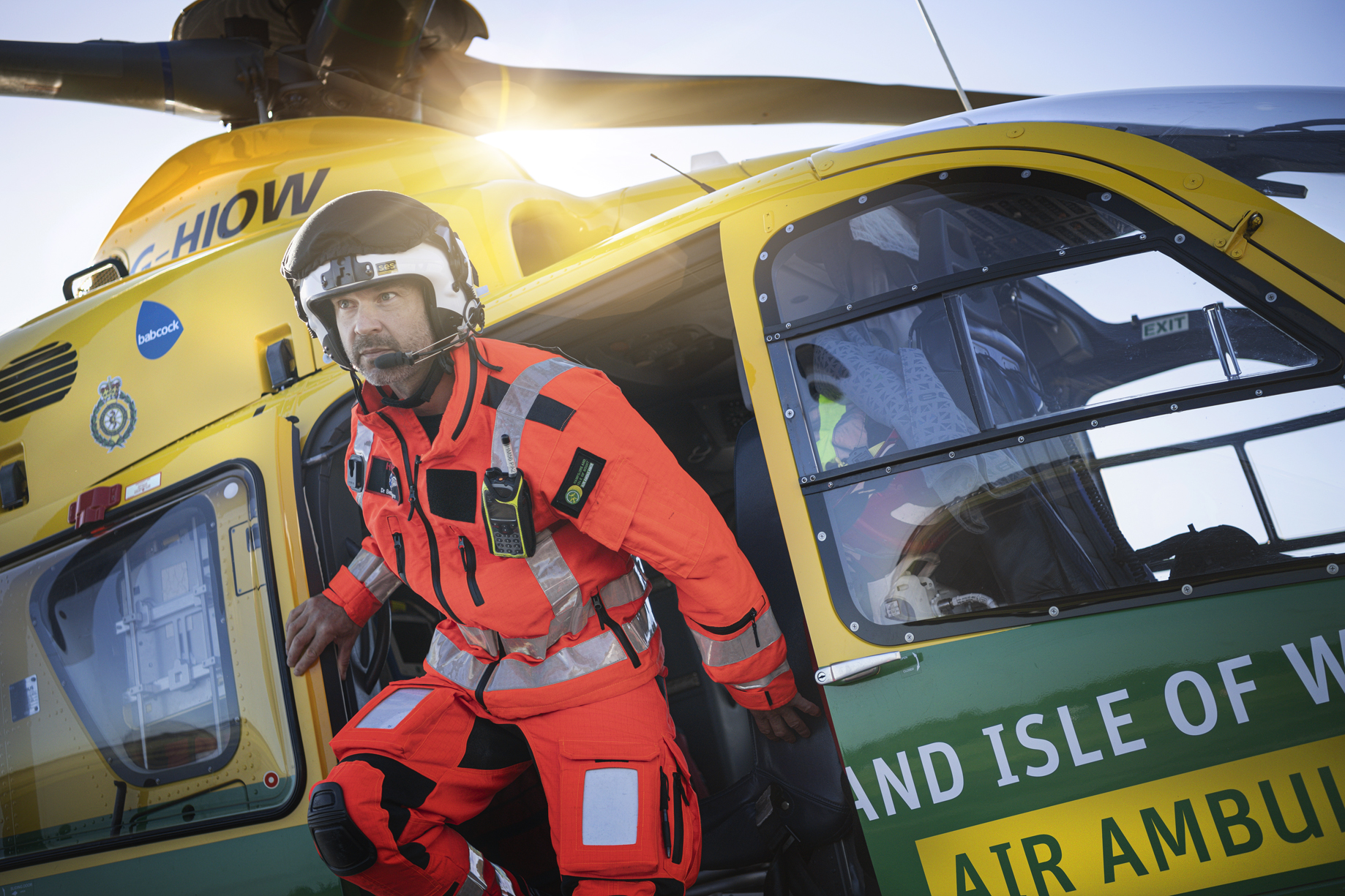 If you’ve been rescued by Hampshire and Isle of Wight Air Ambulance, we would love to hear your story.

November 15, 2021
DONATE
We use cookies on our website to give you the most relevant experience by remembering your preferences and repeat visits. By clicking “Accept All”, you consent to the use of ALL the cookies. However, you may visit "Cookie Settings" to provide a controlled consent.
Cookie SettingsAccept All
Manage consent