“I remember every second, it plays on a loop. The look on her face, her eyes rolling back, her tongue buckling up and her hands spasming.”

The scene that plays over in James’ mind takes him back to August 2021, when his wife Emma had a sudden cardiac arrest at their home in Southampton. “I kept getting this pain between my shoulder blades, into my jaw and down my arm,” says Emma. James adds: “Out of nowhere, our middle daughter Lily was shouting that mum’s having some sort of fit or seizure.”

James ran into the living room but couldn’t get a response from Emma. He immediately dialled 999.

James and his neighbour, Tom, who stayed by James’ side throughout, moved Emma from the sofa and on to the floor. With the call handler in his ear James began CPR on his wife. “The only time I’ve been taught CPR is when I was a boy scout, and that was a long time ago,” says James.

Around four minutes later, a Community First Responder arrived at the home and wired up the defibrillator to shock Emma. It was a success.

“He grabbed me and said, ‘You just saved your wife’s life.’ I felt the full emotion run through my body,” says James.

“After what seemed like an age, but was probably only a few minutes, paramedics from South Central Ambulance Service arrived to assist.

“I was holding her hand all the way through, telling her ‘Don’t you dare die on me.’ I was in a right panic. I just didn’t know what was going to happen,” says James.

“Once they got Emma out in the garden and the Air Ambulance team turned up, it was almost like the whole situation calmed a little bit,” says James. “They were talking me through what they thought might be going on and that they needed to sedate Emma to make the journey to hospital safer.”

Emma was intubated by the team and taken by road to University Hospital Southampton, where she underwent an emergency operation to her heart. “I was taken into the relatives’ room where I spoke to the doctors and nurses,” says James. “I was allowed to see Emma in the Resuscitation Room briefly before she was taken to surgery.”

Because of the Coronavirus restrictions at the time, James waited outside the hospital until 02.30am when he was allowed to visit Emma in the Intensive Care Unit (ICU): “I just couldn’t leave until I knew she had gotten through the operation.”

James was accompanied by the on-duty receptionist as they walked from the Emergency Department to the ICU. “When I got there, the consultant sat with me for about an hour while I held her hand. But I couldn’t really think straight.”

Two weeks of ‘sheer hell’ followed for James and his family. “It was horrific; beyond scary. I don’t think scary covers it, actually.” After those two long weeks, Emma was brought out of her coma and began her long road to recovery.

“My life has changed massively. I’ve gone from working full time, running around after the kids and being very independent, to not being able to work or even drive,” says Emma. “I’ve got a hypoxic brain injury – due to a restriction of oxygen to the brain. But I’m so lucky to be able to be walking, talking and everything else that I’m doing.

“Even now I sleep with my hand on her to make sure she’s still breathing,” says James. “And if I wake up and I’m not sure, I’ll just give her a little nudge. It gives you a different perspective of life.”

Emma adds: “I’m well aware of how serious having a cardiac arrest and being in a coma is. The reality is that without the specialist doctors, paramedics and medicine, it would have been a very different outcome for me and my family.”

In May 2022, alongside Sophie and Kate, the couples’ friends and family, James is taking on the Jurassic Coast Ultra Challenge to help raise vital funds for our service. 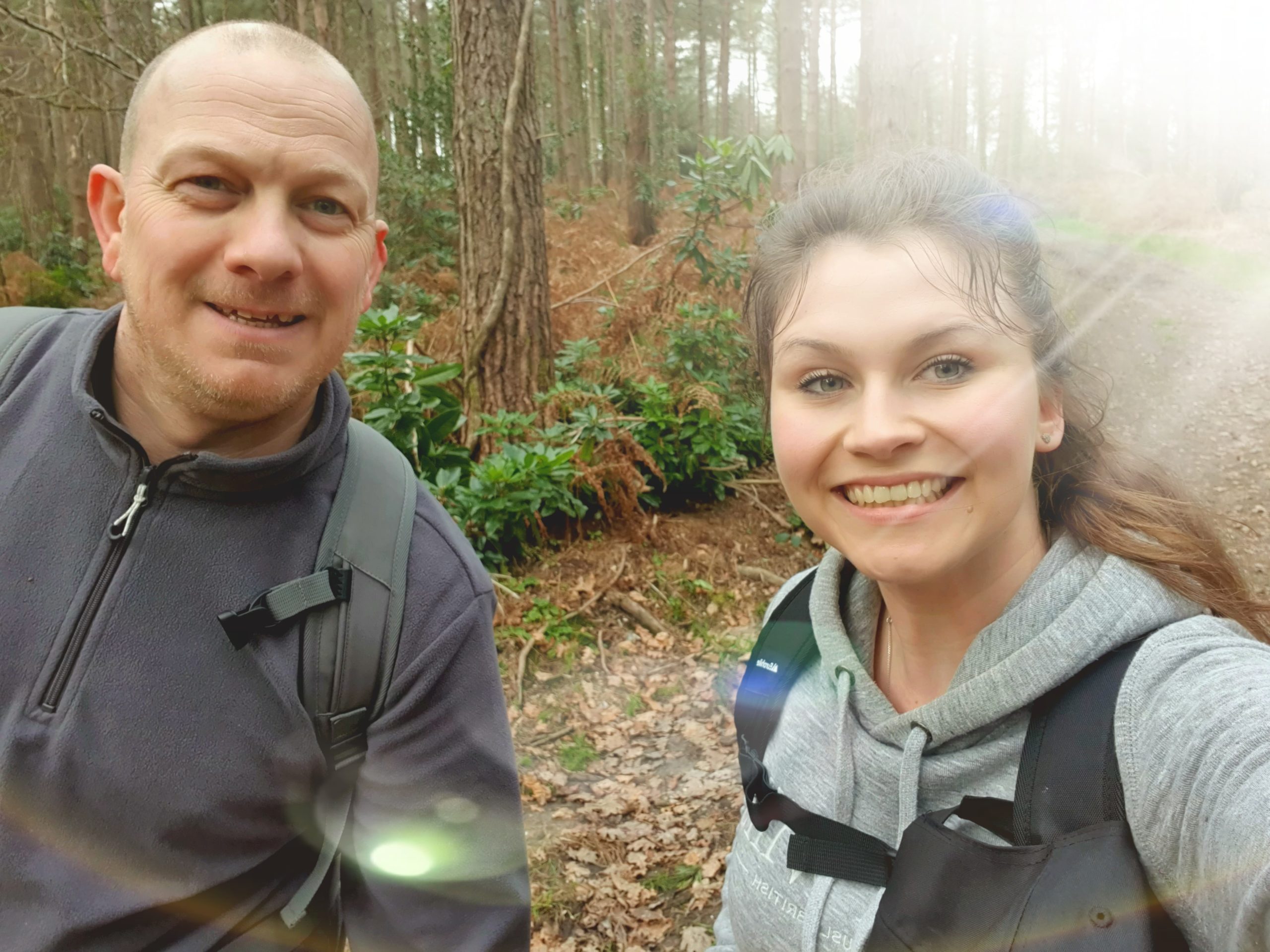 James and Sophie training ahead of their walk

“I will forever be grateful they were there in our time of need, and this is my way to give something back. Every penny helps. And you never know when you might need the Air Ambulance.”

Support James, Emma, their friends and family and help make our next life-saving mission possible. 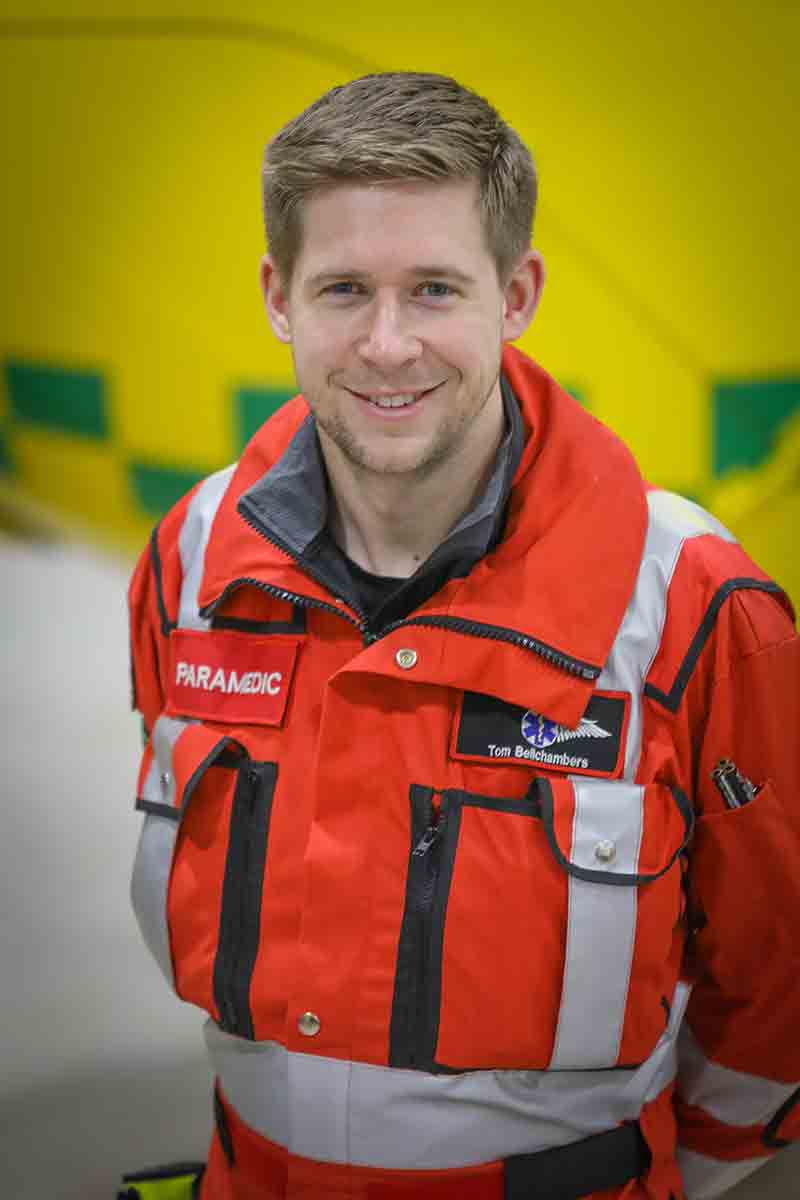 I remember Emma’s story well. We had been asked by our HEMS dispatch desk to assist with a patient in Southampton who had suffered a cardiac arrest. Along with my clinical colleagues, Dr Louisa Chan and HEMS Specialist Paramedic Jason Butler, we landed in a nearby park thanks to our pilot, Captain Dave Nicholls, and made our way on foot to Emma’s address.

The local ambulance team had done an excellent job in resuscitating Emma and were in the process of moving her out of the property, but they were hindered by Emma’s condition which was making it very difficult to safely move her whilst providing circulatory and ventilatory support.

After completing an assessment of Emma’s condition, we decided that a pre-hospital emergency anaesthetic would provide her with the best chance of reaching hospital in a stable condition and would allow us to minimise the effects of hypoxic brain injury which we know is a frequent complication for cardiac arrest survivors.

The whole situation must have been incredibly frightening for Emma’s family who had been present throughout. I spent some time talking them through the procedure whilst Lou and Jason delivered the anaesthetic, and soon we were on our way to Southampton General where she was able to receive the definitive care she so urgently needed.

Emma’s story is one which illustrates the chain of survival so well; her recovery is a testament to everyone involved, from the CPR that James gave in the first instance with encouragement from the 999 call taker; the quick response of the first responder and the treatment given by the ambulance crew; all the way through to her operation and subsequent rehabilitation.

As a HEMS team, we’re very proud to have been a part of that journey and we are so grateful for the family’s ongoing support of Hampshire and Isle of Wight Air Ambulance.

Keep us flying and saving lives

June 7, 2022
DONATE
We use cookies on our website to give you the most relevant experience by remembering your preferences and repeat visits. By clicking “Accept All”, you consent to the use of ALL the cookies. However, you may visit "Cookie Settings" to provide a controlled consent.
Cookie SettingsAccept All
Manage consent