Just days before her 12-week maternity scan, Chelsea received a message from her younger sister telling her to go to the emergency department to see their dad, David.

Completely in the dark about what had happened, Chelsea approached the reception at St Mary’s Hospital on the Isle of Wight. “They knew nothing about him,” says Chelsea.

“The doctor stood at reception assured me that he shouldn’t be too bad, as he was the duty trauma doctor and he would know about his case.”

Chelsea called David’s work for an update: “’The fire service is still trying to extract him from the pit,’ they told me. I put the phone down and knew it didn’t sound good.”

Shortly after, the Police told Chelsea to make her way to University Hospital Southampton. David’s injuries meant he required emergency specialist care, and so the Hampshire and Isle of Wight Air Ambulance was called.

“I felt sick. I still didn’t know what was going on or how Dad was. All I knew was that it was bad.”
David had fallen down the inspection pit at the car garage he was working at, sustaining a severe head injury. Chelsea, her husband, sister and twin brothers, made their way to the mainland hospital. 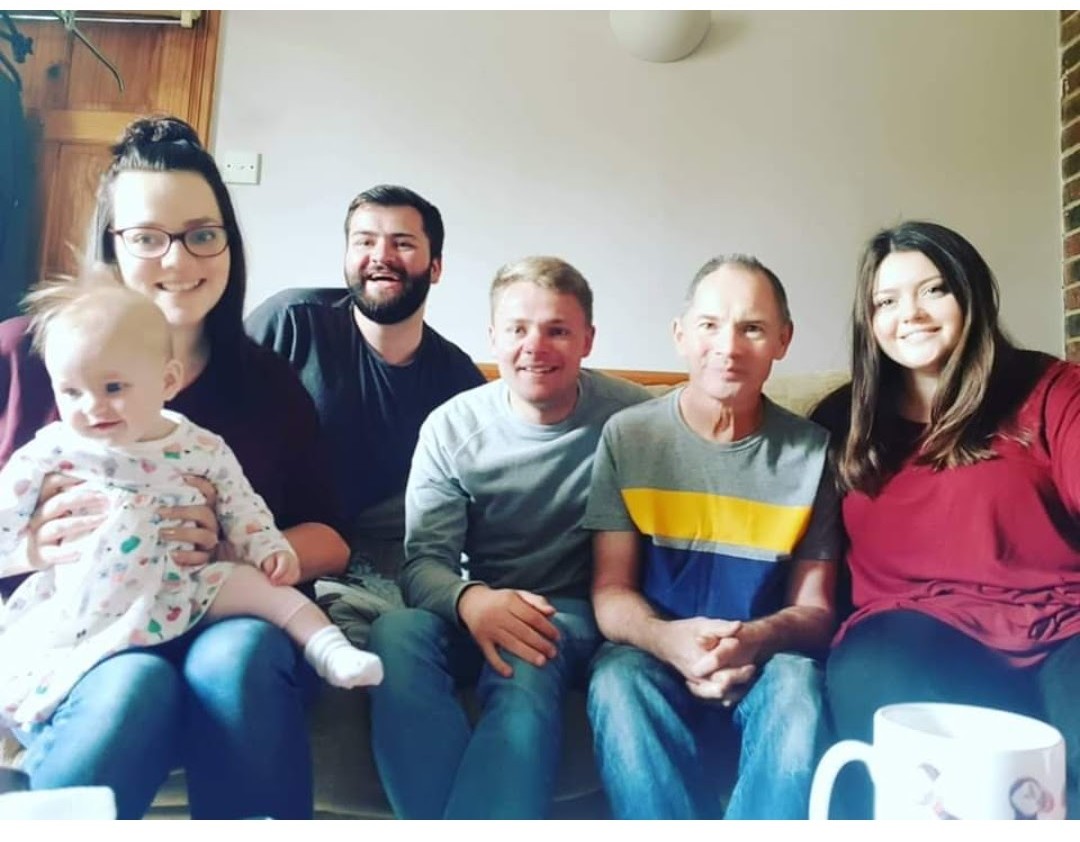 David and his family one year after his accident

“When we arrived, we could see the air ambulance sat on top of the helipad. I knew he was here.”

To help his breathing, David was intubated on scene by the team before being flown to hospital.

“We walked in and his eyes were taped shut. It was incredibly scary.” David was taken to the Neurosciences Intensive Care Unit, where he stayed in a coma for two-and-a-half weeks.

“There were so many times in those first 24 hours where they didn’t think he was going to make it,” says Chelsea.

David needed multiple surgeries to keep him alive, including a craniotomy, where part of his skull was removed because of the swelling in his brain.

“The worst thing is the waiting and not knowing. If he did wake up, we didn’t know how severe his injuries were going to be,” says Chelsea.

“We’ve been fortunate that nothing like this had ever happened in our family. But this was a massive wake up call.”

Three days after David’s fall, Chelsea had her first baby scan, an incredibly ‘bittersweet’ moment for her and her family.

As they gradually brought David out of his coma, it was ‘touch and go’. Thankfully, as they lowered David’s sedation, he began successfully breathing on his own. “It was a huge relief,” says Chelsea.

“But that was just the start of a long road.”

Chelsea adds: “Considering the injures he had, we are so lucky. He’s not my dad as he was, but you learn to accept it, rather than feel bitter about it. It’s been tough: really tough. I didn’t think I’d be in this position at this point in our lives. But he has done so well.”

David has now returned to his home on the Island, where he receives support from care workers. To the delight of the whole family, he has also been able to meet his first grandchild, Mollie. 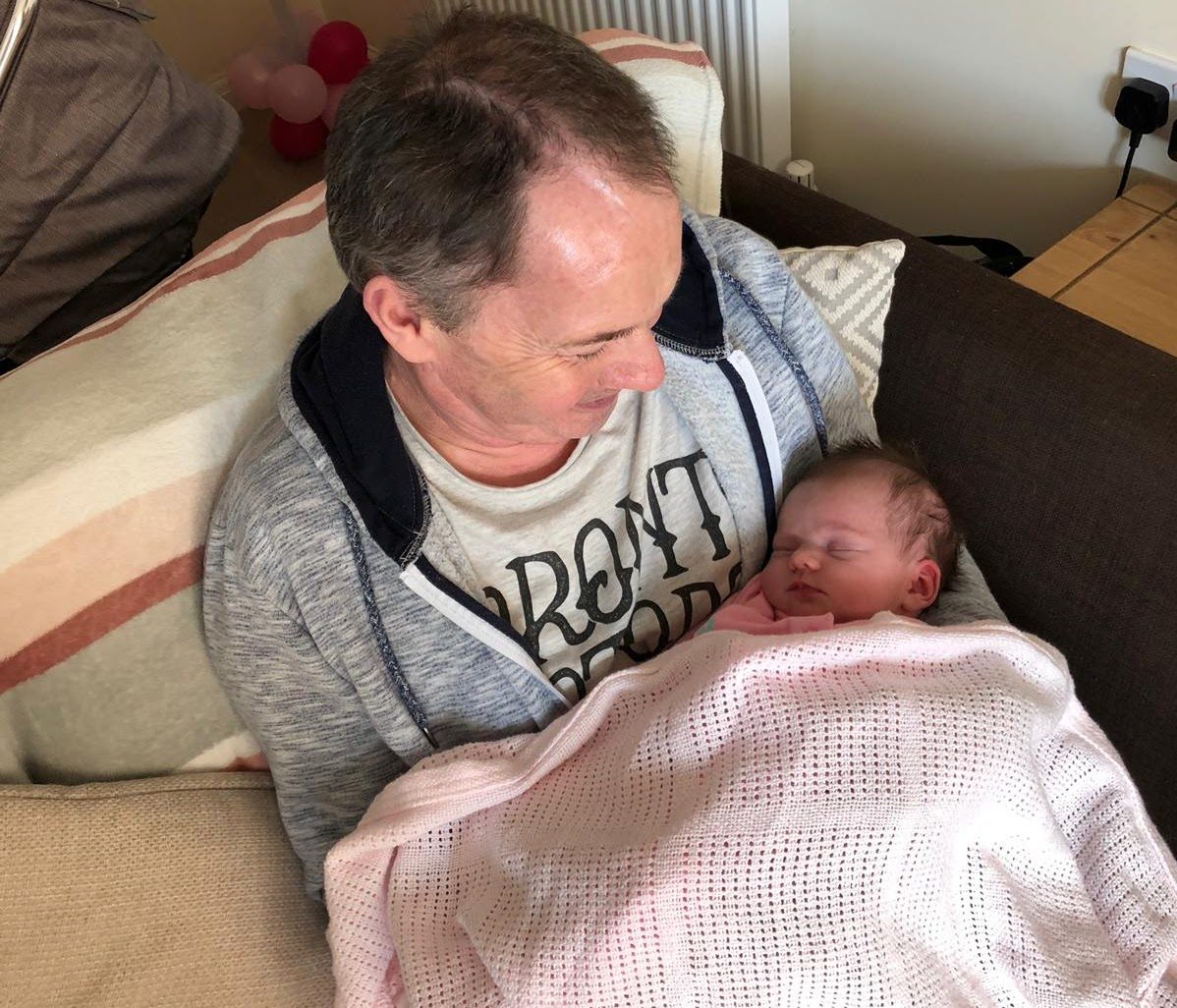 Chelsea pays credit to the many medical professionals who looked after her dad along his journey, in particular the air ambulance crew who were on shift that day.

“We just don’t have that level of emergency trauma care here on the Island. They wouldn’t have been able to intubate him without the air ambulance team. It obviously played a huge role in saving his life. We just can’t be without them.”

When Chelsea saw that our night-time 5km fun run, Dash in the Dark, was coming to the Island for the very first time, she knew it was something she wanted to get involved in.

“I have wanted to fundraise for the air ambulance for ages. I saw it and thought, ‘Right, I’m going to get stuck in.’ It really is the least I can do to help support it and raise awareness.”

We are only able to give our patients the best chance of survival or recovery because of people like you.

Help us be there for patients like David. Donate today.