When Carol’s dad, Geoff, suddenly died in hospital in January 2021, she took up running to help her along her recovery process. Eight months on, Carol and her daughter, Lucy, took part in our night-time 5K, Dash in the Dark, in memory of their beloved dad and grandad.

This year it’s the turn of Millie, Carol’s daughter, and Graham, Carol’s husband, to follow in the family fun run footsteps.

In memory of Geoff, and with the moral support of Carol and Lucy, Millie and Graham will be taking on the 5km circuit around Southampton Common on Saturday 24 September.

And you can join them! Sign up today and help make our next mission possible. 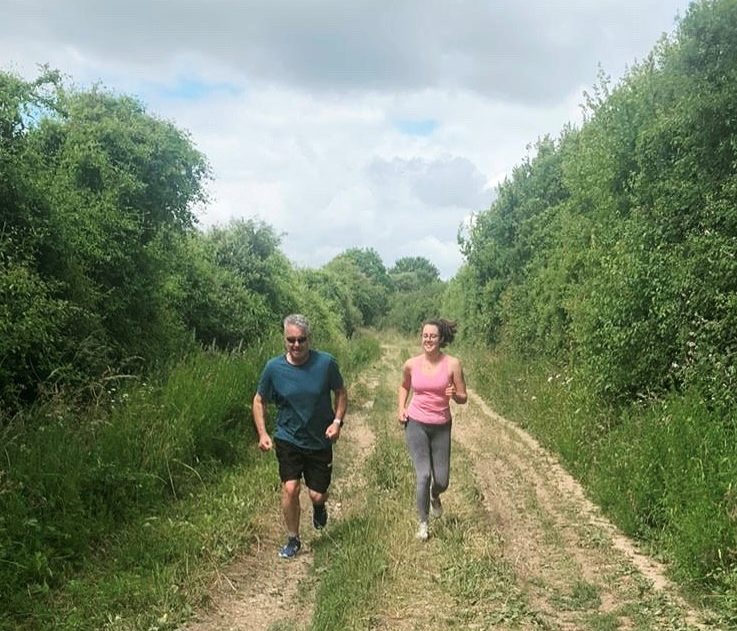 Graham and Millie on a practice run

We spoke to Carol before their Dash last year.

Having previously worked as a groundsman at our Airbase in Thruxton, Geoff was friendly with many members of our crew. Back in April 2010, when he was walking his dog, Geoff took a nasty fall and was suddenly in need of treatment from our crew.

“He couldn’t remember anything from his fall, so we’ve never really known what happened,” says Carol. “His neck was jarred, and he couldn’t get his hands out from underneath him. A driver stopped and saw a dog running around on its own. Together, they called for an ambulance, my mum and me.”

The crew on board assessed Geoff and his injuries: he’d suffered a severe spinal injury. Geoff was loaded onto the helicopter and flown to University Hospital Southampton (UHS) where he spent the next month. Following an operation on his neck, Geoff was moved to the Salisbury Spinal Treatment Centre. 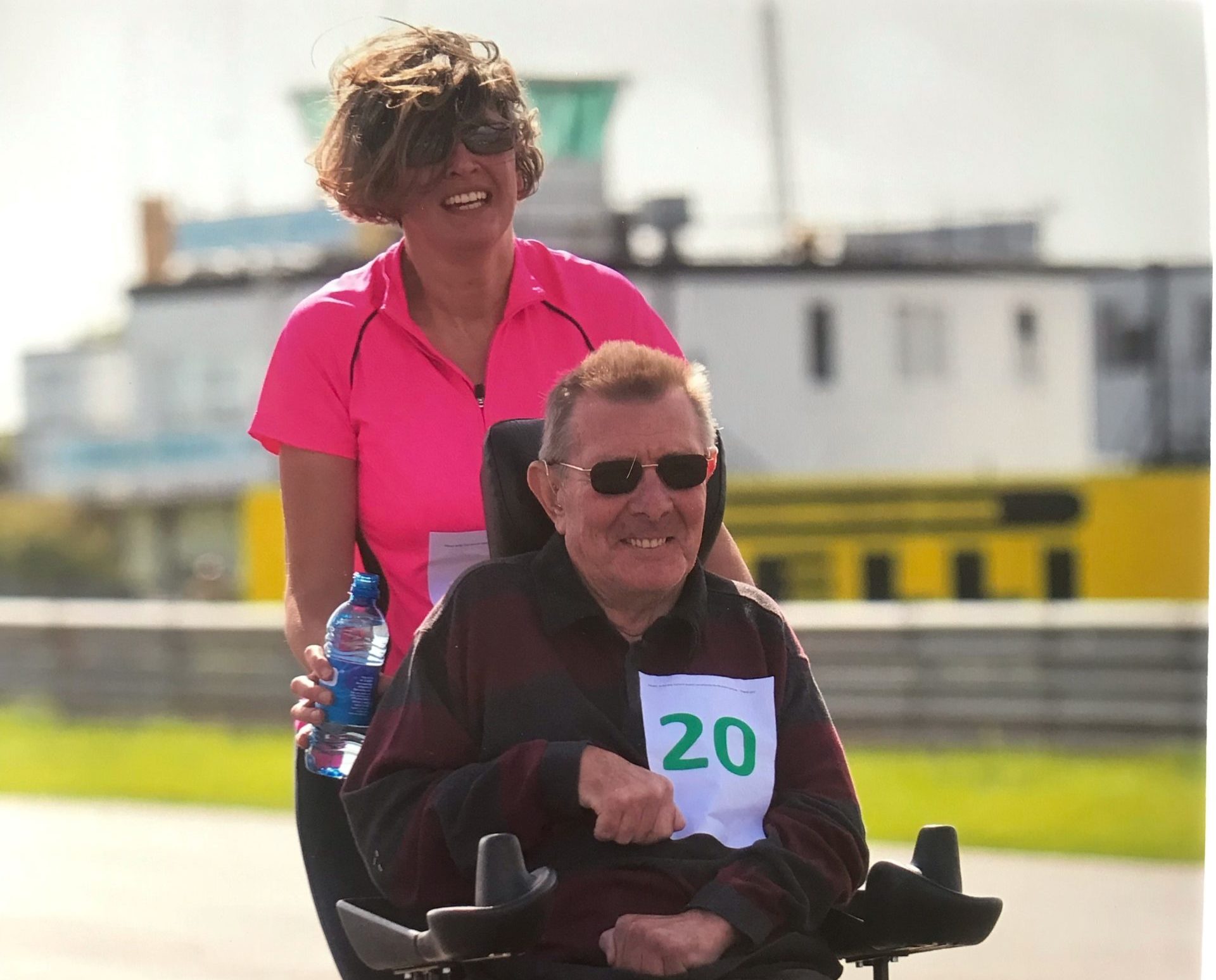 “He was given a window seat which looked out over the helipad, which gave him something to look at, at least. He was always seeing you come in to land,” says Carol.

“We were hoping he would regain some movement but, sadly, he never did. Being 69 at the time, I think his age was against him.”

Geoff was discharged from hospital just before Christmas, eight months after his fall.

“The year after my dad came out of hospital, he asked me, ‘HIOWAA is doing a run around Thruxton circuit, would you sign up to raise some money?’ ‘I will, but you’re coming with me,’ I told him. So, I pushed him around the circuit in his wheelchair.”

In December 2020, Geoff was taken into hospital with a large kidney stone that had led to multiple bouts of sepsis.

“They operated on him but, because of some complications, he sadly died in January. Because it was during Covid-19, they stopped all visiting on 28 December which was the last time I saw him. He was due home on the 11 January but died suddenly the night before. That was really tough.”

To help her on her recovery and grieving process, Carol started participating in the NHS Couch to 5K.

“The running helped me and made me feel better,” she says. “Then I saw Dash in the Dark and it all just fell into place. HIOWAA was something my dad held dear. When he died, my mum asked for donations to them, instead of flowers.

“I associate the service with my dad. Not only did he work at Thruxton, but they picked him up when he needed them.”

Sign up to Dash in the Dark and help us be there for more patients like Geoff.

You can support Millie and Graham on their Dash here.

Time to Talk Day – An interview with Dr Matt Kerton

Meet the three newest doctors to join our team

January 11, 2023
DONATE
We use cookies on our website to give you the most relevant experience by remembering your preferences and repeat visits. By clicking “Accept All”, you consent to the use of ALL the cookies. However, you may visit "Cookie Settings" to provide a controlled consent.
Cookie SettingsAccept All
Manage consent