In April this year, as she was tending to her garden, Anna tripped and hit the ground, causing severe damage to her ankle, arm and face, covering her patio in blood. Fortunately, as she lives near the Charity Airbase in Thruxton, our Critical Care Team were able to respond and reach Anna in rapid time. Below she tells her story.

As I lay on the ground, going into shock, I remember saying, ‘I don’t know how much more of this I can take’. Then my heroes, dressed in orange jumpsuits and covered top to toe in personal protective equipment, arrived. A doctor from the Hampshire and Isle of Wight Air Ambulance Critical Care Team was trying to put a cannula in my arm but my veins kept blowing. They gave me gas and air followed by a dose of morphine. The doctor told me, ‘We’re going to have to put your ankle back in to place’, to which I replied, ‘No, please don’t, it’s just too painful’. ‘Don’t worry’, he told me. ‘We’re going to give you some ketamine.’ 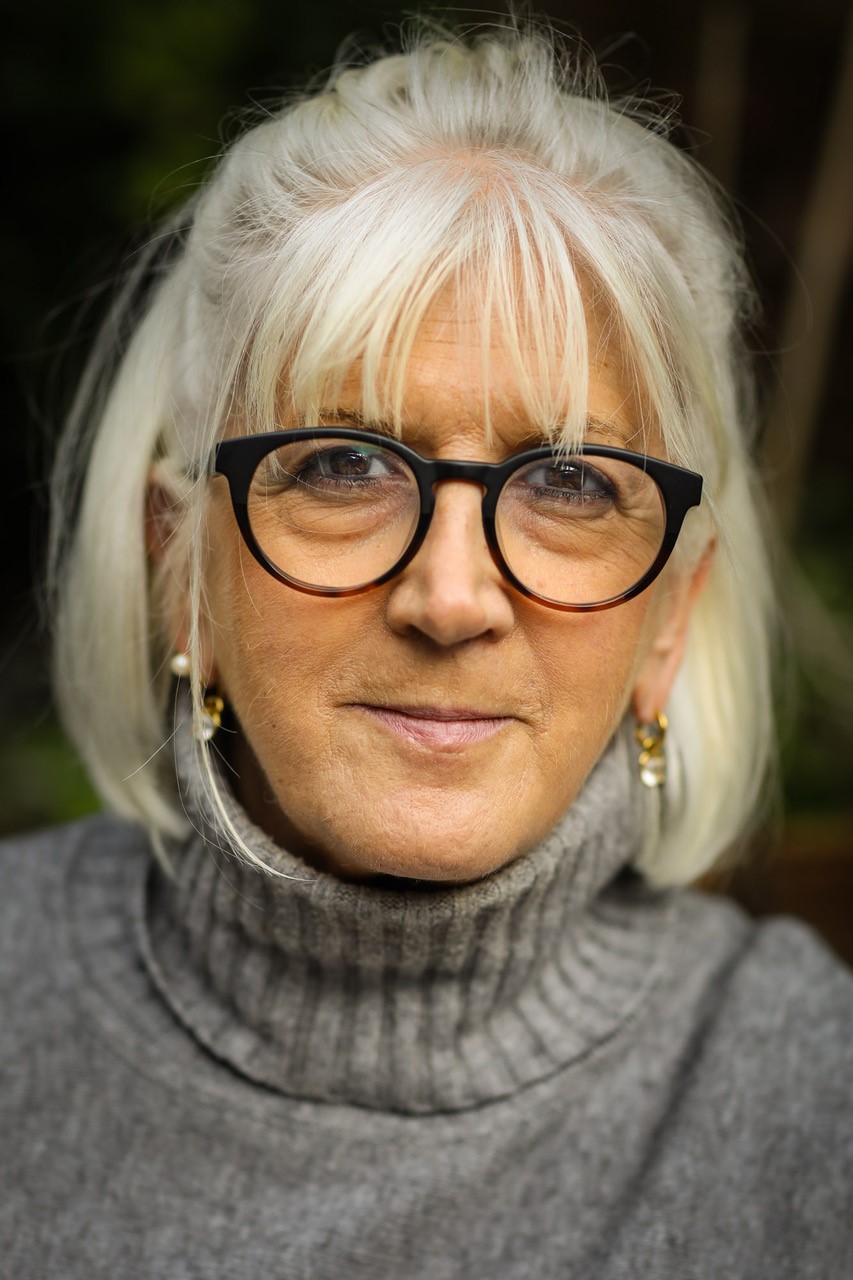 30 minutes earlier, I had been out on our lawn taking down our hammock when I saw the Air Ambulance fly overhead. Living near the Charity Airbase in Thruxton I see the helicopter at least once a day. I’m not entirely sure what happened next, whether I got my foot caught or just tripped, but I have a vague recollection of hitting my face on a planter. The next thing I knew I was on my back on the floor. I gazed down and could see that both my arm and foot were at a very strange angle. A rush of horrid pain came over me and there was blood everywhere. I had bitten through my bottom lip, chipping and breaking my front teeth, and with every mouthful of blood that I started spitting out, parts of my teeth came flying out too. It was horrible.

My husband came rushing down the stairs and saw the blood surrounding me. I had suffered a compound fracture to my ankle. Thankfully, however, I couldn’t see the bone that was poking out of my ankle, though my family could. They covered up the bone and my daughter Polly went in to call for an ambulance, as it was apparent that what I had done was pretty major. Meanwhile Rosie, my other daughter, was wiping my mouth and rubbing my chest telling me to, ‘Think of something nice’.

That’s when the crew from HIOWAA and South Central Ambulance Service (SCAS) arrived. They were so reassuring and lovely, I honestly cannot describe how amazing they were.

Before the Doctor administered the ketamine he told me, ‘This may make you hallucinate’ but I didn’t care, I just wanted them to take away the pain. It must have been a good dose as the next thing I remember I was floating up in the sky with the birds. It was absolute bliss. I remember hearing myself say, ‘Ow!’, but when I eventually fell back down to earth it felt as if I was wrapped in warm cotton wool.

I was put in the back of the road ambulance and said goodbye to my children and husband. I knew I had to get to hospital as quickly as possible. Even though I was spaced out, I remember there was a discussion about going to either University Hospital Southampton or Basingstoke and North Hampshire Hospital. One of the doctors from HIOWAA said, ‘It’s a straighter and quicker road to Basingstoke, so let’s go there’. I was blue-lighted to the accident and emergency department and was handed over by the crew from HIOWAA, who reassured me I was going to be fine and wished me good luck as they left.

I had surgery on my ankle that night, followed by surgery on my elbow a few days later. I was told there was no guarantee I would walk again or that the bone would be viable as the blood flow was compromised.

When I was discharged home following five nights in hospital my whole life moved downstairs as I couldn’t make it upstairs. Despite being home, I’m not out of the woods yet. They won’t know if the bone will be viable for weeks, possibly months.

Although I haven’t got any internal injuries, if I was on my own I’m not sure I would have survived. I think the pain and shock would have been too much. I felt like I was in very good hands and the crew from HIOWAA and SCAS were just unbelievably reassuring and calm, but they didn’t just look after me, they looked after my family too. The crew were just so lovely to my children; we’re a very close family and the whole experience was just so horrifying for them.

I will always, for the rest of my life, be grateful to the crew who came to me that day. They were just unbelievable.

Have you or a loved one ever been helped by HIOWAA? Contact us to share your story.