There were just two weeks to go until Christmas Day and the excitement was building in the Lakin-Wakefield household.

On Tuesday 11th December 2018, 9-year-old Oliver was playing hide and seek with his Dad, Richard, at their home in Stubbington.

As the game came to an end, Oliver went to his room to get ready for bed. Moments later, things took a dramatic turn. Oliver’s mum, Susan, remembers the evening:

“Oliver’s bedroom is a loft conversion; it’s like a big adventure playroom for him up there and he’s loved it for the couple of years that he’s had this room.

“It was just gone 7pm, and he was still quite hyped up from the game when he was getting ready for bed. As he made his way down the steps to say goodnight to us, he lost his footing and fell through the loft hatch.

“Richard and I were in different rooms in the house, but we heard him fall. The sound of him landing will never leave me. He came down with such a thud, it felt like the whole house shook. I never want to hear that sound again.

“We both ran to Oliver and found him unconscious on the landing. He wasn’t breathing. He just looked grey. I could see his hands were covered in lacerations from where he had tried to reach out and stop himself from falling. Richard began clearing his airway and talking to him and I dialled 999.

“An ambulance arrived quickly. Oliver had just started to breathe again but was still unconscious. The paramedic called for the Air Ambulance Critical Care Team. Luckily for us, there are fields just across the road from our house and the Air Ambulance landed there a few minutes later.

“Dr Rob Summerhayes and Specialist Critical Care Paramedics Oliver Saddler and Mike Funge from the Charity Critical Care Team arrived. They were reassuring us and I just remember feeling like Oliver was in good hands the whole time. Oliver started to regain consciousness and it was decided that he would be taken to University Hospital Southampton by road ambulance. Dr Rob came in the ambulance with us in case Oliver’s condition deteriorated and he could continue to check him over.

“As we arrived at the hospital, I remember feeling so impressed. There was a huge team of people on standby waiting for Oliver to arrive; from spinal specialists to neurologists, and as Dr Rob briefed them, you could’ve heard a pin drop. Everyone stopped to listen to him and then went to work on Oliver. The sense of relief was overwhelming.

“Oliver had CT scans and x-rays and to everyone’s surprise, he hadn’t broken a single bone! He was still very sick and groggy from the knock to his head, so doctors wanted to keep him in for observations.

“I stayed with him overnight. He was very poorly but we were allowed to take him home the following day to rest and recover. We didn’t leave his side for days.

“Oliver has now been ‘grounded!’ His bedroom is now on the ground floor of our house and he was back at school the following week and has started to play football again. We went on to have a lovely Christmas, completely aware that the outcome could have been very different for us. He is a very lucky boy.”

“Our family are so grateful to Hampshire and Isle of Wight Air Ambulance for the quick response, utter professionalism and calm and collected manner in which Oliver was cared for. I, for one had no idea that the Air Ambulance is a Charity and entirely reliant on donations. We are very lucky to have you and we will be running a number of fundraisers to help support you.

“A great big “Thank you!” from Oliver and our family.

“P.S. Oliver is completely banned from the loft! And from playing hide and seek!” 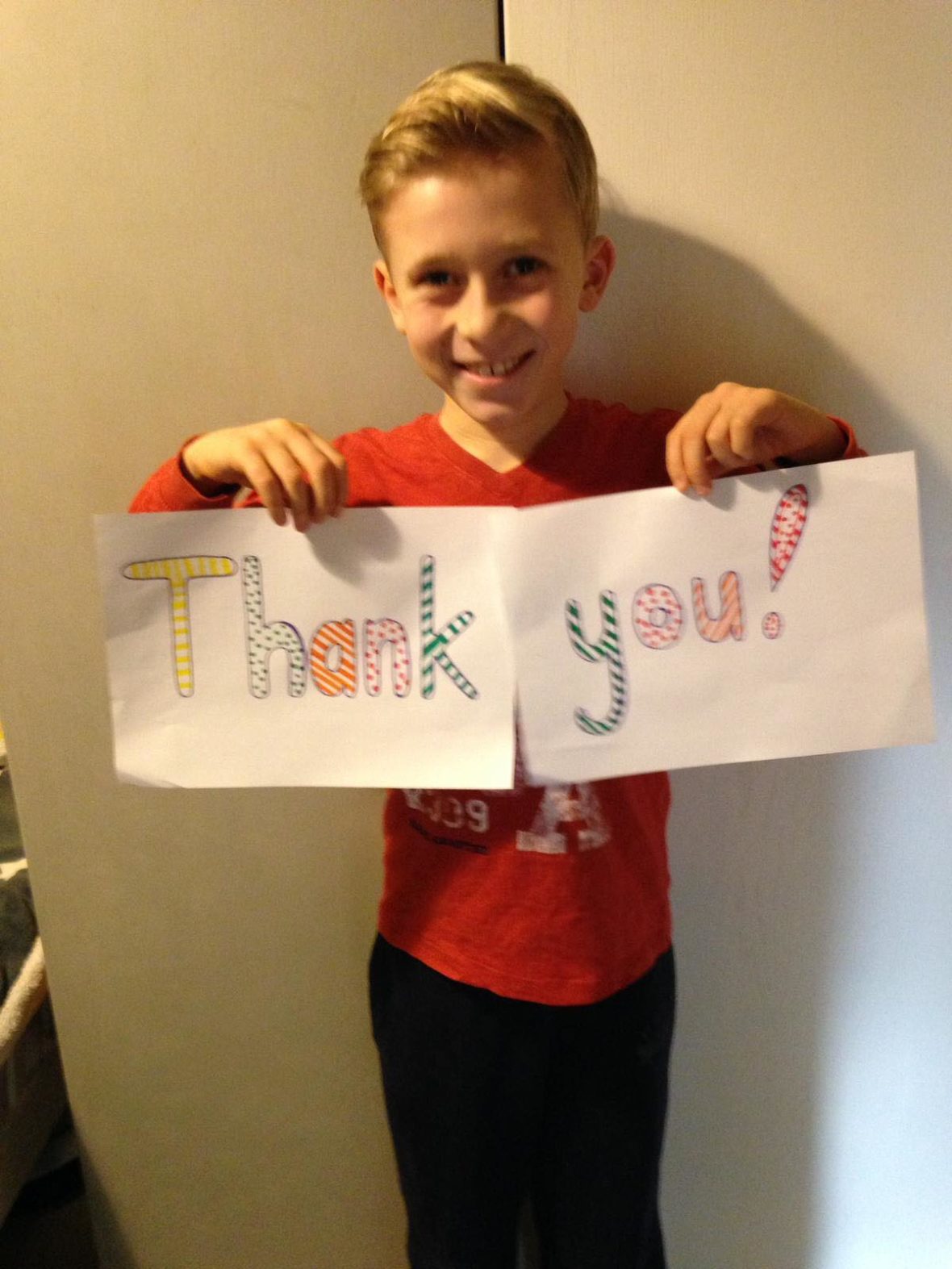