Jon has worked with horses all of his working life and a year ago he took on the job of running a livery stables in Bentley, on the Hampshire/Surrey border.  On Saturday 19th November last year, he had an accident whilst out riding with a group of friends and clients.

The group had b

een hacking along a narrow path when they came to a small style at the end of the track.  Someone jumped the style ahead of Jon, but as his own horse jumped, it twisted in the air, catching a hind leg on a post.  His horse fell to its knees, and in doing so, it “chipped him out of the side door”, throwing him to the ground.  Being very young, the horse panicked and kicked out with its hind legs, striking Jon on the head.

“That’s all I can remember clearly,” Jon told us. “The next time I gained consciousness, my friend Leonora was holding my head, telling me that I must not move.  She was an absolute saint and took complete control of the situation.”

Jon was in an out of consciousness and has a vague recollection of the Community First Responders turning up.

“Someone called for an ambulance and the decision must have been made that it was a job for the Air Ambulance; we were in the middle of a field and there was no easy access.  I do remember the Air Ambulance landing.

“The guys were really good. They humoured me, chatting away and doing their best not to panic me.  They really defused the situation.”

It was a bitterly cold day and Jon remembers the Critical Care Team cutting off his kit and wrapping him in a foil blanket. “I remember lying in the middle of a field in my boxer shorts, wrapped in a bit of foil with half of Hampshire standing around!  I was taken off on a body board with my head strapped up.  I remember them putting me into the helicopter.  They gave me substantial pain relief and I was not completely compos mentis. I do vaguely remember the Air Ambulance flying and coming in to land.  I woke up thinking that it had been a long flight.”

Jon was flown to University Hospital Southampton, the most appropriate Major Trauma Centre for his head injury.  It wasn’t until the next day that he realised where he was.

“I remember the team taking me out of the helicopter and transferring me to the casualty department. They were jolly and helpful and kept talking to me all the time.  I felt reassured by them being around. Without the Air Ambulance it would have had a very long wait and a painful ride in a car;  I would have been taken to Basingstoke Hospital and then transferred again to Southampton.  My accident happened at around 2 o’clock in the afternoon and I was having surgery at 8pm that evening.”

Jon had surgery that night.  The metal horse shoe had cut his throat and he needed between thirty to forty stitches in his throat, as well as a dozen stitches in his head.  A few days later he had further surgery in order to insert three metal plates into his head.

‘”I stayed in hospital until the end of the week and I was convinced that I would be up and running within a few days.  But my rehabilitation took quite a lot longer than I thought it would.  I had no balance or coordination and I had to walk with crutches; I couldn’t look up or down without falling over backwards so I had to keep my head very straight and walk slowly.”

It wasn’t until February this year that Jon was able to start riding again and he took things very slowly.

“Everyone else was a bit alarmed when I first started riding.  When I asked one of my consultants when I might be able to get back on a horse, he had originally told me that it would be at least six months.  But he did warn me that my head was like an egg shell and that if I fell off again I would bypass him and go straight to the morgue!

“For a few months after my accident I shuddered every time I heard a helicopter.  But I’m fine now.  The service provided by the Air Ambulance was amazing.  I know other people who have used it in the past, and if I give money to charity, it all goes to the Air Ambulance.  Without the Air Ambulance, my situation would have been very different.

‘These days I appreciate life a lot more as I know how vulnerable we all are.’ 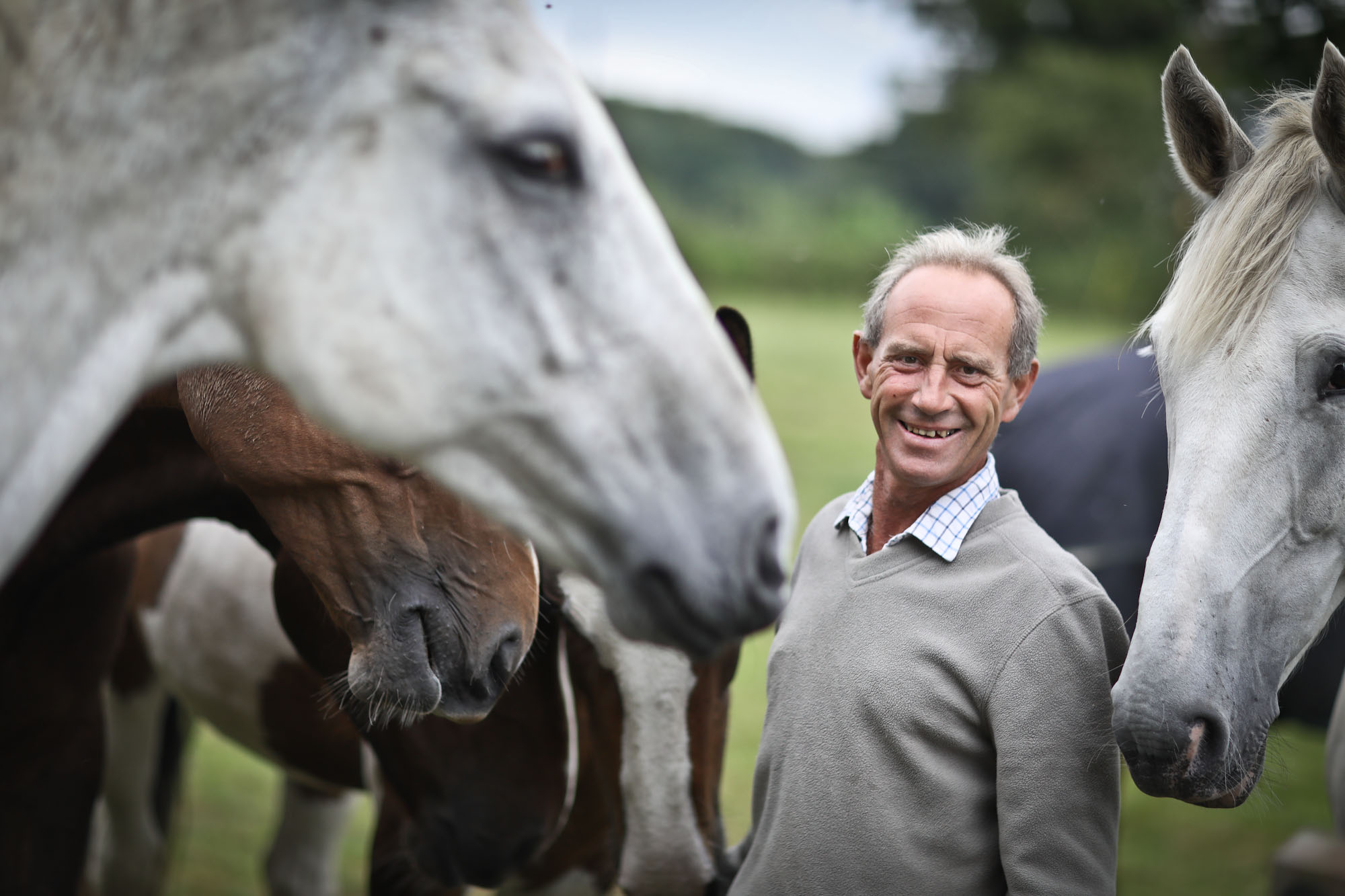