When Hollie Scott was 20 weeks pregnant, her unborn baby was diagnosed with congenital heart disease.   Freya had a VSD (ventricular septal defect) and an overriding aorta.  Hollie was told that Freya had a fairly large hole in her heart and that she may need surgery after birth, but the consultants wanted to see how Freya would cope with her condition, and whether the hole would close on its own.  No one really knew the extent of Freya’s condition and only time would tell.  Below her mother tells her story.

After Freya was born we had to take her for regular appointments at Southampton General Hospital.  She was always very out of breath and she struggled to feed.  We worried whenever she got a cold, as it put a lot of strain on her health, and we felt like we had to watch over her constantly, looking out for any slight change in her health.  As Freya had pale, mottled skin and cold hands and feet, it was difficult to see the warning signs.  A community nurse paid regular home visits in order to keep a close eye on her. 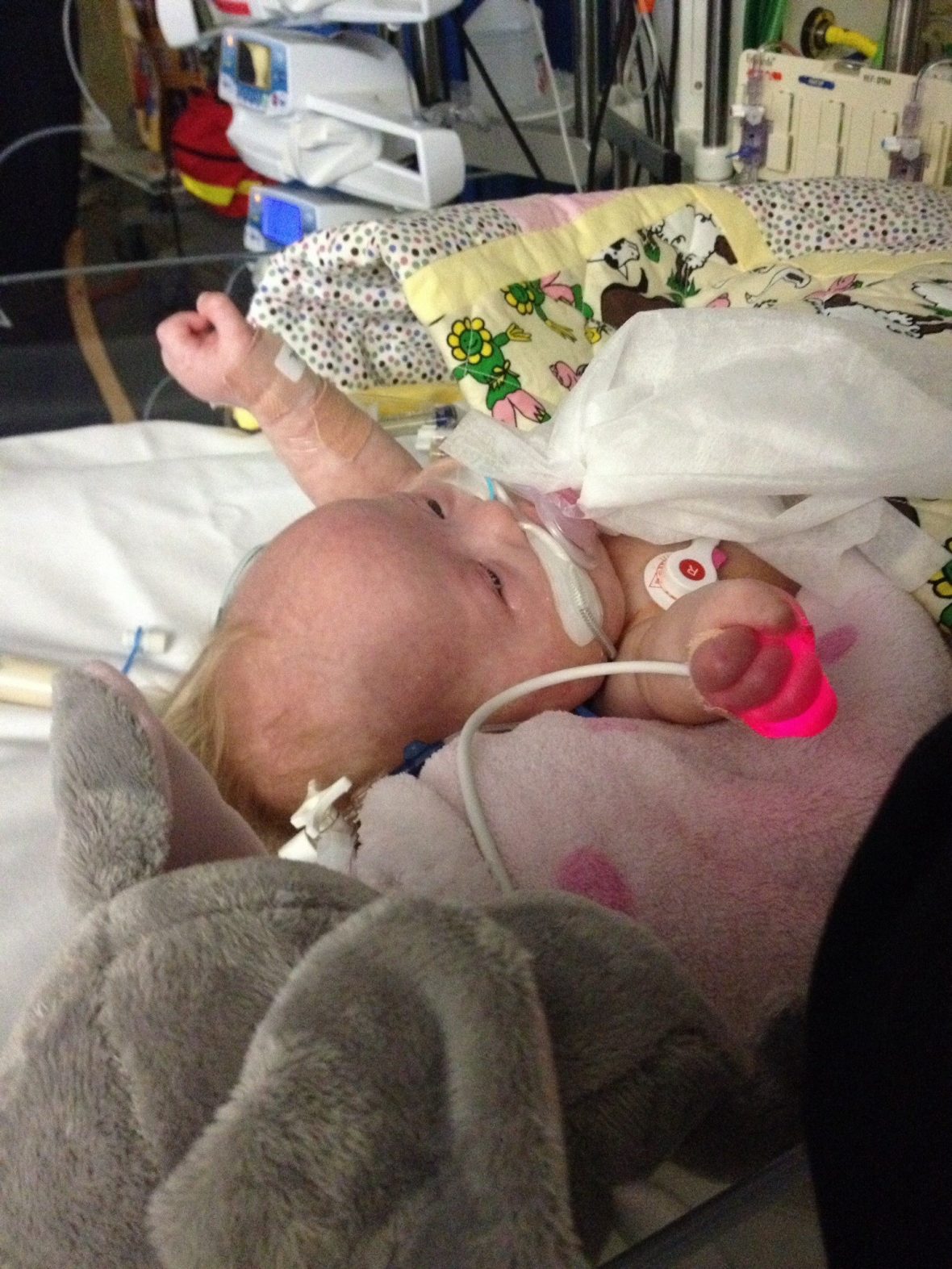 Freya was three months old on the day that things went wrong.  A couple of days earlier I had noticed that she wasn’t herself and I took her to see the Doctor.  The Doctor checked her over, listened to her heart and couldn’t see anything obviously wrong.  But I was still concerned and so I continued to watch over her when we got home.

The next morning, when Freya’s father got her out of her cot, he noticed that her colour wasn’t normal; she had blue lips and was pale and grey. She was also very floppy.   I tried to call the community nurse, but I couldn’t get through.  It was then that it dawned on me how serious the situation was.   My brother called the ambulance and when the paramedics arrived they gave Freya oxygen and she began to get back some of her usual colour.  The Air Ambulance arrived shortly afterwards, landing just outside my house, and I was told that they needed to get Freya to Southampton General as quickly as possible.  That’s when I crumbled.

I went with Freya in the Air Ambulance.  We seemed to arrive at Southampton General in a matter of minutes, the crew talking me through everything throughout the journey and constantly reassuring me.  Freya was resuscitated once we got to the hospital; I’m not sure what would have happened if they hadn’t got her there so quickly.

On 2nd May Freya had open heart surgery. They kept her in hospital until the day of her surgery as she was ‘high risk’ and it was too dangerous to take her outside.

Freya’s recovery was relatively quick; she had no complications after surgery and was discharged a couple of weeks later. Since then, she has really improved.  She’s a lot more alert, her breathing is normal and she is now classed as ‘heart healthy’ and doesn’t need another check up until she’s three years old.

The Air Ambulance crew are amazing and we couldn’t be without them; they save so many lives.  I’m so grateful to them for saving my baby girl’s life and I appreciate every minute that I have with her now.