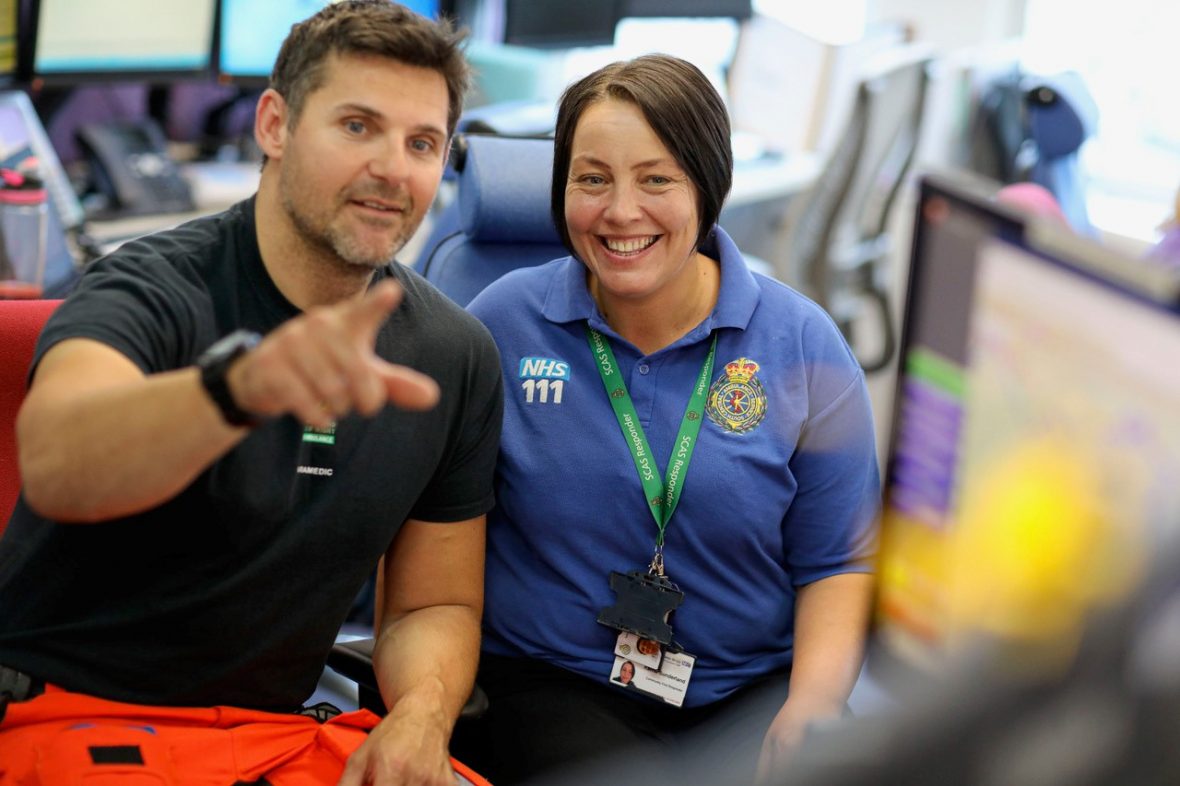 Mother-of-two Kerrie works for South Central Ambulance Service NHS Foundation Trust (SCAS) as a call handler, offering advice and assistance to patients in their time of need. As she jumped on her motorbike to get to work one cold Sunday morning Kerrie was soon to be the patient herself, needing advice and assistance in her time of need. The care she received that day, which ultimately saved her life, was down to a team effort from all involved, including the Hazardous Area Response Team, the SCAS road crew and the Hampshire and Isle of Wight Air Ambulance Critical Care Team.

Below, Kerrie recalls her story:

“It was early on a Sunday morning and I was on my way to work at the Otterbourne call centre for the NHS 111 service. I was heading through Bubb Lane and had started to slow down as I approached a roundabout. As the sun popped up and hit the damp road I lost all visibility and drifted across, hitting the dividing island. As I flew towards the roundabout my bike followed me, landing on my leg.

“A stranger stopped to see if I needed help. As I sat up I thought about how lucky I’d been. It was then that I looked at my leg and realised that it was twisted and at an odd angle.

“I called work to tell them that I might be a little late. As I started to go into shock my friendly stranger called 999 and my husband, Glenn. Feeling very tired and wanting to sleep, he kept talking to me to keep me awake. I remember the cold wet grass and the insane feeling of needing to close my eyes.”

As Kerrie lay on the ground, off-duty SCAS paramedic, Jack Ansell, and Consultant Pre-Hospital Care Practitioner, Mark Ainsworth-Smith, received an alert from the ambulance control room asking them to attend an accident nearby. Throwing on their uniform, the pair jumped in their cars.

Mark remembers, “When we arrived, Kerrie was conscious and talking but was in severe pain, despite all the medication that she had already been given. We elected to give her ketamine, the strongest analgesia that we carry.”

Due to the complex nature of Kerrie’s break, and her type 1 diabetes, the Air Ambulance was dispatched. It was not long before it landed and Specialist Critical Care Paramedics, John Gamblin and Louise Wigmore, began working alongside their colleagues from SCAS. John and Louise gave Kerrie additional analgesia, reducing her pain further, and with the help of a Kendrick Traction Device – a specialist device carried on board the Air Ambulance to restore anatomical alignment to the leg – they were able to straighten Kerrie’s severely injured leg before accompanying her to hospital in the road ambulance.

“When John and Louise arrived, I remember Louise stroking my head and talking to me. I don’t remember anything after hearing John say, ‘This will relax you so we can straighten your leg and get you into a nice, warm ambulance.’ The only other memory I have of that day is of being wheeled into surgery. As the ketamine was wearing off I could feel every bump in the hospital floor.

“Once the adrenaline wore off I was in too much pain to think straight. I could feel myself slipping away and thinking that I just needed to close my eyes and sleep. I had no fight left to give. I’m a strong person but, even at my worst, I never thought that I would just let myself slip into unconsciousness so easily.

“When I take calls from patients they often don’t know what’s happening. Yet somehow, by listening to my voice on the end of the line they find the strength to do what needs to be done. It’s so inspiring. But I just felt useless. I desperately wanted to do more, but I couldn’t.”

Kerrie had broken her femur clean in half and suffered complex fractures to her lower tibia and fibula. She had a metal rod drilled through her femur and an external fixation cage fitted on her leg from the knee down. Kerrie spent a total of 10 days in hospital, with her recovery taking six months altogether.

“I eventually went back to work with my cage on, but it took me a long time to gain the confidence to walk again. In this time my weight plummeted by nearly three stone. I have scars which will fade, but I still have pain, and I will never have normal movement in my leg again. But I’m still here and that’s all that matters.

“Having witnessed first-hand the work of the ambulance crews and the Air Ambulance Critical Care Team, I decided to become a Community First Responder. I am now walking, cycling, swimming and running with the boys.

Well done to the person that stoped to help and rang 999 and Kerries husband. Well done to all who helped in her recovery.👍😀