Support us this Christmas

This year Hampshire and Isle of Wight Air Ambulance are taking part in the Big Give Christmas Challenge; the UK’s biggest online match funding campaign. We’re hoping to raise vital funds to improve our training facilities at our Airbase in Thruxton. These facilities give our doctors and paramedics the skills they need to provide our community with the very best life-saving care when they need it most. 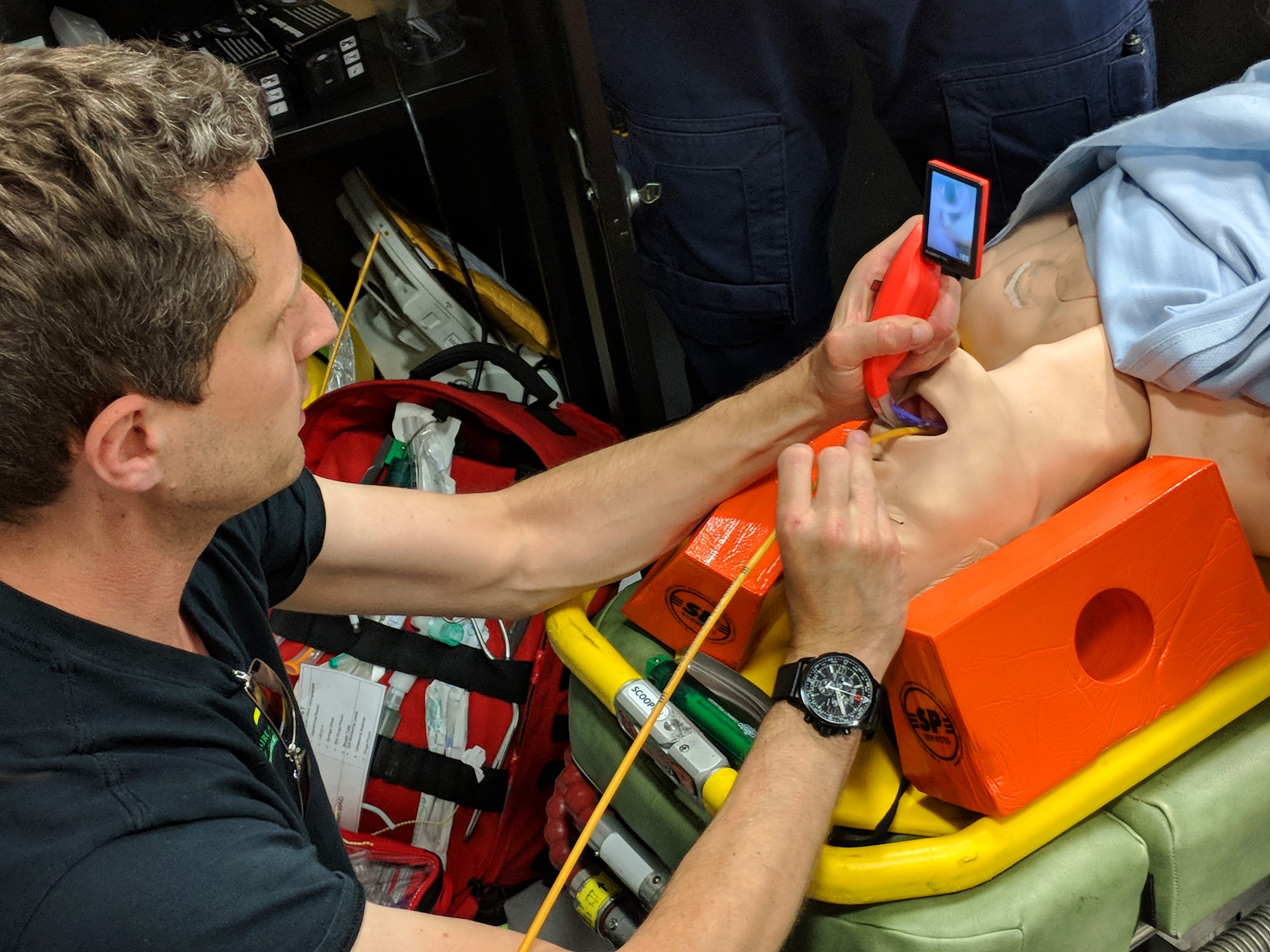 What is a Pledge?
Pledges are promises of funding used to double donations made during the live Christmas Challenge (1-8 December) and are conditional upon our performance during the Challenge. As part of the application process, we are required to secure pledges and Our Pledge target is £6,000, which we need to secure by the 28th August.

Each pledge needs to be a minimum of £100. Pledges need to be paid after the campaign is closed on the 8th Dec at midnight. Pledges must be paid to the Charity before the deadline of the 15th December at 17:00.

If you would be willing to make a pledge to us, you can do so by completing this online form by the deadline of 5pm, Friday 28th August.

Please don’t hesitate to ask if you have questions about the Big Give Christmas Challenge and what being a Pledger could mean to your Air Ambulance.

What will your money go towards?
If we hit our target, we will be able to purchase one Adult Lifecast Body Simulation manikin, one toddler manikin and an accessories pack.

Lifecast Adult and Toddler manikins are highly accurate and lifelike, designed and manufactured in the UK.
All manikin are based on the lifecasts and scans of real people and children, Lifecast Adults feature lifelike details including replication of veins and underlying structures, hair and precise anatomical mouths and airways enabling ALS airway management.

If you would like to know more about the lifecasebodysim, information can be found by visiting their website: www.lifecastbodysim.com/lifecast-family.

If we exceed our target, we will be able to get additional enhancements to our simulation suite to continue to improve the onsite training facilities for our clinical teams. Details of this will be shared with all donors taking part in the challenge once it has closed in December.

Please do not hesitate to ask if you have any questions about the Big Give Christmas Challenge, if you are a corporate partner please contact Zakiya Dharsi at zakiya@hiowaa.org, alternatively if you are an individual please email Sarah Pyne at sarah@hiowaa.org.

What is the Big Give Christmas Challenge?

The Big Give Christmas Challenge (the UK’s biggest online match funding campaign) helps UK-registered charities to raise funds for their projects by doubling donations when the campaign goes live on 1st December. You can find full details of the Challenge, and how your pledge will enable us to be part of the UK’s largest Matched Funding Challenge, on theBigGive.org.uk. Research shows that 84% of donors are more likely to give in a match funding campaign and that donations are on average 2.5 times bigger, so we’re very excited about the opportunity we have been given to take part.

How does it work?

“Champions”: Partners of the Big Give. These are external funders who contribute to the matching funds and can be Trusts, Foundations, Corporations or Philanthropists.
“Charity”: Any charitable organisation who is applying or participating in the campaign.
“Donors”: Supporters who make online donations via theBigGive.org.uk to participating Charities when the campaign goes live. A Donor can be anyone who would like to donate to the Charity but cannot have also acted as a Pledger to the same Charity.
“Pledgers”: Key supporters of Charities, excluding Donors. They contribute to the matching funds by providing promises of funding (“Pledge promises”). Pledgers can be major donors, trustees, or any other significant supporter of the Charity.
“The Big Give”: The Big Give Trust, charity no: 1136547 who runs theBigGive.org.uk and the campaign.

1.2. Stage Two Application (collecting pledge promises)
1.2.1. Stage Two application requires Charities to collect pledge promises.
1.2.2. It is the Charity’s responsibility to ensure that Pledgers are aware that the Charity may or may not be selected for Champion funding.
1.2.3. Pledge promises must be completed via the online pledge form (the link for the pledge form is made available to each Charity via the Dashboard in the Charity’s account area on theBigGive.org.uk).
1.2.4. The pledge form must be completed by the individual (or, if being made by an organisation, a suitable representative of said organisation) making the pledge. A Charity must not complete the pledge form on behalf of their Pledgers.
1.2.5. Pledgers may not pledge:
• funds from the Charity’s own accounts;
• funds from an individual or organisation where the Charity has transferred (or intends to transfer) funds to reimburse said individual or organization;
• grants or funding which have already been granted or confirmed;
1.2.6. Pledges must not be fulfilled (i.e. paid to the Charity) until after the campaign has been completed (see 1.5.1). Proof of pledges being fulfilled will be required on completion of the campaign. If a Charity receives payment of a pledge before completion of the campaign, the Charity will be required to find a replacement pledge.
1.2.7. Pledgers are not permitted to make online donations to the same Charity during the campaign. Please note any donation made with the email address of a Pledger may be unmatched. Pledgers are able to donate to different charities.
1.2.8. Pledges must be a minimum of £100. The maximum in pledges a Charity can receive is equivalent to the pledge target set in Stage One application.
1.2.9. Stage Two application (i.e. the completion of pledge forms to hit pledge target) must be completed by the deadline given. No late submissions of pledge forms will be accepted.
1.2.10. A Charity must receive at least £1,000 in pledge promises in the Stage Two application to be considered for the campaign. Failure to raise at least £1,000 in pledge promises means the Charity will not be allowed to take part in campaign.
1.2.11. A Charity raising at least £1,000 in pledge promises does not mean the Charity has been selected to receive Champion funds in the campaign.
1.2.12. The maximum a Charity can receive from any Champion is equivalent to the amount raised in pledges.

1.3. Notification Stage
1.3.1. Charities who have completed Stage Two and have been selected by a Champion, will be notified by email (to the email address from their Charity Profile indicated at the time of application).
1.3.2. A Champion may offer the full or partial amount a Charity is seeking from a Champion, as set out in Stage One application. If the Charity is offered a partial amount, donations will still be matched using the pledge funds first before matching from Champion funds (see section 1.4.2.).
1.3.3. Any Charity offered Champion funds will be informed by email of the amount of Champion funds they have been offered to match donations in the campaign and the reporting requirements of the Champion.
1.3.4. Charities who have not been selected by a Champion will be notified by email (to the nominated email address).
1.3.5 A Charity’s response must be received by the Big Give within 5 working days of the notification (from the date and time stamp on the email) to confirm their place in the campaign. (It is the responsibility of the Charity to ensure the nominated email address is manned). If acceptance is not received within 5 working days, it will be assumed the Charity wishes to withdraw from the campaign.
1.3.6. Any Charity who withdraws from the campaign after accepting their offer may be disqualified from taking part in any future Big Give match funding campaigns.

1.4. Live Campaign
1.4.1. Champions’ funds and Pledgers’ funds will be combined to form a ring-fenced matching pot (“matching pot”) for each Charity. It is only during the specified time of the campaign that the matching pot will be utilised.
1.4.2. Online donations to participating Charities received during the live campaign will be matched initially by pledge funds. Once a Charity has used all of its pledge funds, donations will be matched by Champion funds until Champion funds are exhausted or until the campaign ends, whichever is sooner.
1.4.3. Once a Charity’s pledge funds and Champion funds have been exhausted, their donation page on the Big Give website will clearly state that any subsequent donations will not be matched. Donors will still be encouraged to make an unmatched donation.
1.4.4. All donations made during the campaign must be made online via theBigGive.org.uk website without exception. Donations must be made via a Charity’s page on the Big Give website, for the project which has been accepted into the campaign.
1.4.5. The minimum single donation that can be made during the campaign is £5. The maximum single matched donation made during the campaign is £25,000.
1.4.6. A donation is eligible to be matched if it is made when the campaign is live and if there is sufficient funding available in the matching pot for the selected Charity.
1.4.7. Donors will have 15 minutes to complete their donation once matching funds are reserved. If the donation is not completed within 15 minutes the Donor will be notified and the match funding will be released back into the matching pot for said Charity.
1.4.8. Participating Charities are not permitted to process donations on behalf of their supporters. Each donation must be made by the cardholder him/herself without exception.
1.4.9. Participating Charities are not permitted to make donations to their own Charity from their organisation’s accounts or transfer funds to Donors to make donations to said Charity.
1.4.10. All donations made during the campaign are subject to theBigGive.org.uk Donation Terms & Conditions (available at https://www.thebiggive.org.uk/s/terms-and-conditions which includes requests for refunds.
1.4.11. All donations made during the campaign will be processed by Enthuse (formerly Charity Checkout), with a 4% administration fee on the donation and Gift Aid. Please note that the fee is applied to the donation and Gift Aid and the total amount is deducted from the donation before it is paid out to the charity. Gift Aid is subsequently paid out in full by HMRC (if it’s reclaimed on the charity’s behalf by Enthuse).
1.4.12. Donor names will be visible in each Charity account area on the Big Give website. Donor contact details will be displayed unless the Donor has asked not to be contacted.

1.7. The Big Give Responsibilities
1.7.1. The Big Give shall take all reasonable steps to ensure the maintenance of the online giving platform (theBigGive.org.uk) and the associated payment systems for the duration of the campaign.
1.7.2. The Big Give shall not be liable for faults that arise out of their control related to the online giving platform and associated payment systems, nor be responsible for any applications that are lost or mislaid as a result of any equipment or software failure or other technical malfunction.
1.7.3. The Big Give shall manage the matching and payment process for all donations made during the campaign.
1.7.4. The Big Give reserves the right to change any aspect of the service and/or these Terms & Conditions at any time without notice.
1.7.5. The Big Give reserves the right to cease or limit funding offered to any Charity at any time.

1.9 General
1.9.1 In the event that a Charity breaches or is suspected to have breached these Terms & Conditions, the Big Give reserves the right to exclude the Charity from participating in the campaign or any future matched funding campaigns organised by the Big Give, and to seek legal redress or take such other further steps as may be necessary in the circumstances (including where relevant notifying relevant regulatory authorities of any concerns).
1.9.2 The Big Give reserves the right to hold void, suspend, cancel, or amend the campaign where it becomes necessary to do so.
1.9.3 These Terms & Conditions shall be governed by English law, and the parties submit to the non-exclusive jurisdiction of the courts of England and Wales. 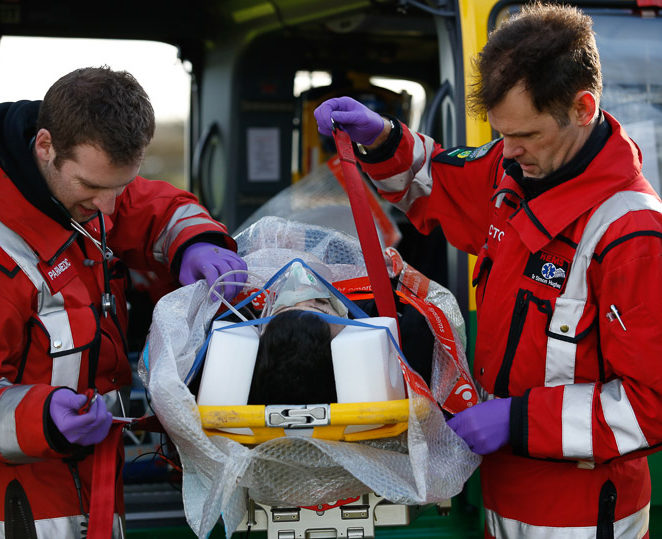 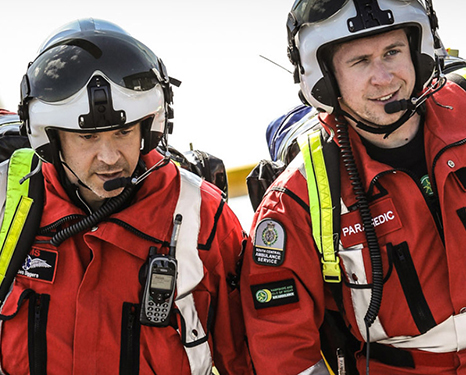 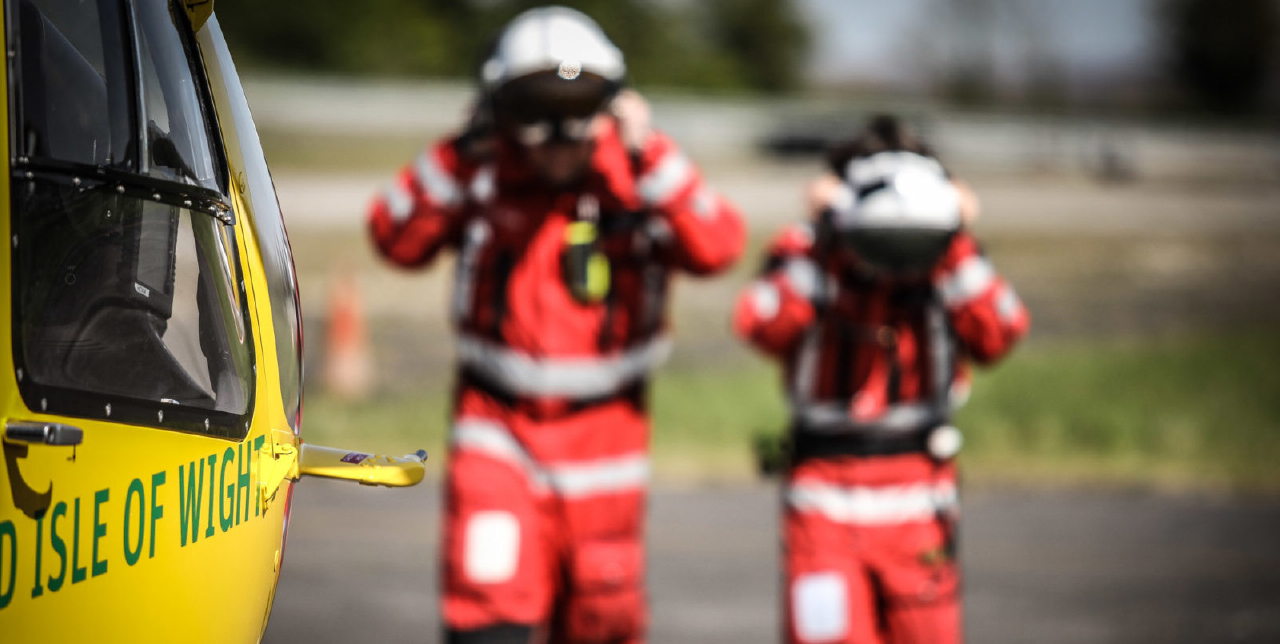 What we do
DONATE
This site uses cookies (more info)